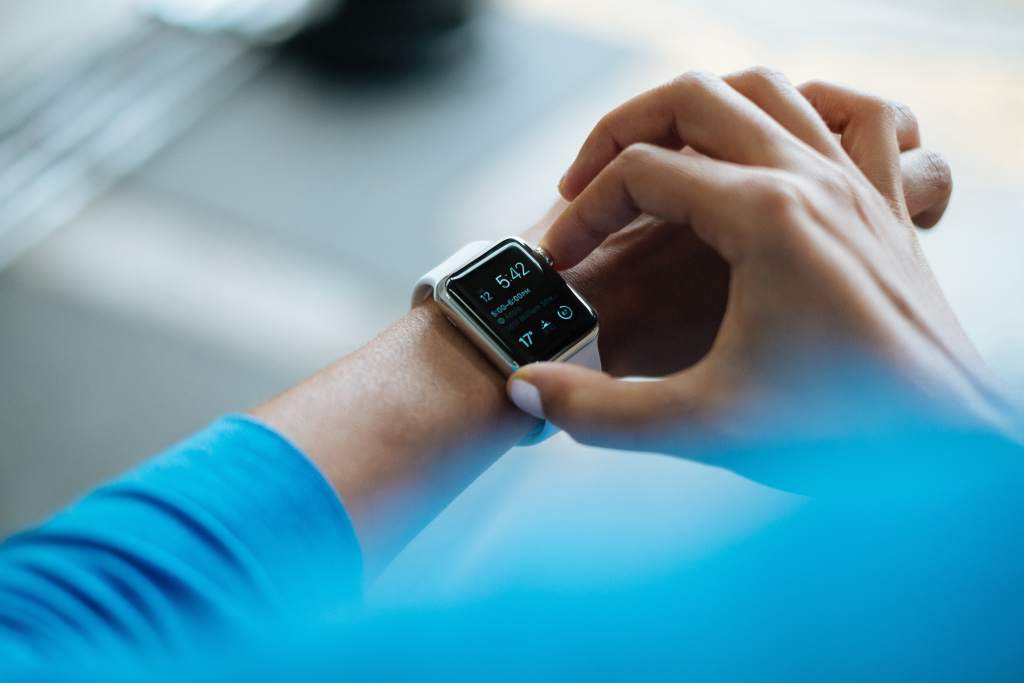 Twice a year the members of the AER Committee on Social Policy and Public Health gather in plenary meeting. This is the opportunity to set goals for cooperation through the elaboration of a joint work programme. Progress is evaluated, achievements are celebrated and experiences shared.

During the elaboration of the work programme in London, planned activities were organised in 3 categories:

After the success of the brokerage event on the green economy and innovation early 2017, we collaborated with ERRIN to stimulate project development. This resulted in the organisation of the Horizon 2020 Project Development Week.

Due to difficulties in identifying a potential lead partner this activity could be refocused on good practice sharing during workshops at plenaries, webinars and or meetings in Brussels, depending on members needs and wishes. This will be defined on the occasion of the definition of the 2018 Committee 2 work programme in Arad on March 21st.

This year the Silver Economy Awards replace the traditional AER Regional Innovation Award. The first Awards Ceremony will be on May 2018 in Brussels.

The MOCHA team is led by the Imperial College London and involves 19 scientific partners from ten European countries and 30 country agents from each European Member State and EEA country. MOCHA appraises the differing models of child health that are used across Europe. The project identified gaps in knowledge, on surveillance of children’s primary care and children’s specific needs in primary care, lack of coordination of care, models of care that are not based on current child health epidemiology, and low prioritisation of children’s needs in e-health strategies. AER is a member of the Advisory Board. AER is benefitting from the connection with the MOCHA experts, which have been invited at AER events (workshop on health innovation ecosystems in Izmir, workshop on social capital for integrated care in Norrbotten) and also shared expertise and advice for the development of the project on youth mental health led by Catalonia and Norrbotten. The project is now in the final year where results will be published.

The project proposal aimed to implement a Leadership programme for the coaching and training of future reference sites. The development of a Leadership Programme for e-health innovation was agreed on by Committee 2 in 2012. Since then the methodology has been developed and ad-hoc training academies have taken place on the Silver Economy and integrated care systems. This project would have provided an ideal framework for the deployment at larger scale of this programme.

This project aims to encourage and increase the participation of European regions with a low level of health-related research and innovation activity in European research programmes through benchmarking and mutual learning. An increase in their R&I activity is expected to leverage health services, and thus, into social and economic benefits for these regions. Within this project AER is leading the Working Package “Benchlearning and knowledge exchange between regions”, having as one of the main objective of to support our regions to reach equivalent levels of development in the different areas.

This project has not been financed but, considering the high standard of the consortia and the good evaluation it received, it is planned to be submitted again in the forthcoming calls.

This project is led by the European Association of Service Providers  for Persons with Disabilities and aims to improve the access to services for migrants with disabilities. AER is a partner and Valencia, Timis and Värmland are all members of the Advisory Board. The project is will provide opportunities for experience sharing and capacity building in this area for all AER members.

This project led by partners we have been working with previously aimed at pursuing the work of AER in the field of integrated care systems. The project was not accepted.

With views to the preparation of a project gathering regional good practices on inclusion a debate took place on the occasion of the Committee 2 Plenary meeting. The idea with this project is to define a general approach to inclusion, helping policy makers appraise their policies and develop effective policies for inclusion. As the topic received a lot of interest, a workshop on inclusion is foreseen on the occasion of the Committees Spring Plenaries in Arad.

The region of Timis would like to develop a project to address the isolation of 2 social groups:
-orphans, who at the age of 18 find themselves without support and homeless because orphanages do not support youth after their 18th birthday.

-elderly people, who often live on their own and would need minimal support and company.

The idea is to gather good practices which have been implemented in similar contexts and to look at transferability and adaptation of such good practices.

The debate at the Autumn 2017 Committee 2 plenary showed that these issues are recurring issues in different regions. These topics will also be addressed on the occasion of the workshop on inclusion at the  Committees Spring Plenaries in Arad. The idea is to identify good practices for potential benchmarking and transfer.

In order to initiate a project  for good practices exchanges on the collaboration between regional governments and the private sector for the social inclusion of vulnerable groups, AER published an article outlining the different issues at stake. Following the publication of this article several regions have expressed interest in developping a project. As no lead partner was identified for the project development the project was canceled

Possible project (seek funding opportunities). Exchange of experiences from different programs offering parental support. As this project idea was not further specified, the activity is cancelled.

Building on the work previously done by AER on digitisation and inclusion, Committee 2 is leading on a project setting up a “European Platform on Vulnerable People in the Information Society”, mapping best practices and socio-economic impact of the digital empowerment of disadvantaged people.

The project was submitted on September 2017 under the Horizon 2020 and it will run for 24 months. The coordinator is INSIEL SpA (Friuli Venezia Giulia – IT).

This Autumn’s committees’ plenary took place in Nancy, France, from the 12th to the 14th of September. The events featured a debate on culture in the digital age, a workshop on the value of data, a workshop for the development of a project on youth mental health,  and the Committees Plenary meetings.

A discussion on Cohesion Policy and its advantages also took place in Nancy.

AER was a partner of the Policy Learning Platform (PLP) which is the second action of the Interreg Europe programme established to boost EU-wide policy learning and capitalisation of practices from investments on growth and jobs. The Platform aims to be a space for continuous learning where regional actors in Europe can tap into the know-how of experts and peers. The PLP was present at the European Week of Regions and Cities (formerly Open Days).

Jean-Luc Vanraes, President of the AER Committee on Regional Development and Economy invited AER members to contribute to the organisation of a mtual learning event on artificial intelligence held in Brussels, on November 30th 2017. A debate at the Committee 1 Plenary meeting paved the way for this event. This event, “Artificial Intelligence: are regions up to the challenge” was organised on the same format as the event “E-health let’s find a common language” which took place in December 2016 with the contribution of very diverse stakeholders. At the event, group discussions adressed the following topics:

The event lead also to the publication of a series of articles on artificial intelligence and its implications for different policy areas.

The Arctic Light E-health conference is an emblematic example of a succesful cooperation between an AER member region and the AER network. The workshop on data of the AER e-health network in Nancy followed up on issues addressed during the conference. Articles elaborating on topics of the ALEC conference, which are of specific interest to AER members should be published.

The idea which was presented on the occasion of the Committe 2 Plenary meeting was to combine the topics of healthcare and environment. Activities have not yet been specified and can range from the publication of articles on the AER website showcasing good practices to the organisation of a mutual learning event (online webinar, workshop in Brussels or on the occasion of another AER event). Any such activity needs to be lead by an AER region and supported by a few others. The idea will be submitted at the Spring plenaries to identify whether this is an area where different regions would like to cooperate on.

In the meantime the AER Secretariat has connected the region of Värmland, which proposed this topic, with Diane Whitehouse, an e-health expert who has done research on this topic and whom AER members have had the opportunity to meet at the AER event on artificial intelligence.

Members were interested in sharing experience through articles on the AER website, exchange of good practices, and the sharing of regional data. Members interested in doing so can get support from the AER Secretariat.

This action needs to be further specified, especially in the context of the priorities the AER group on Equal Opportunities has defined for Committee 2: Health Inequalities (gender and socio- economic)

AER AT THE EUROPEAN WEEK OF CITIES AND REGIONS

Led by the region of Abruzzo, AER co-organised a climate side-event during the European Week of Regions and Cities 2017.

Led by the SEED consortium. This workshop took participants through four inspiring examples of how a Silver Economy can help regions and cities to better match the needs of their ageing population while supporting local businesses and solution providers. It was the opportunity to discuss the complementarity between these examples and the initiatives at EU level. The networking session that followed brought together potential partners around issues related to the Silver Economy.

The workshop aimed at helping regions learn from the project outputs from their peers in Europe.

Building on AER’s role in advocating for a strong cohesion policy, and following the adoption of a position paper on the future of cohesion policy post 2020 at the Bureau meeting in Sankt Pölten, Lower Austria (AT) on 1 June 2017, AER will continue to convene and deliver joint policy influencing work for the future cohesion policy by:

The Task Force on Cohesion Policy post 2020 will continue to support the work of AER in this field, providing strategic direction and oversight.

These actions aim to ensure European regions engage in the future cohesion policy discussions at regional, national and European level, and meaningfully contribute to the design and implementation of a stronger and more effective reformed policy.

More than 40 academic experts accepted to give their contribution to this work, by delivering detailed reports about the state of regionalisation and multilevel governance in chosen European countries. The study covers 41 countries, and each country report is based on a similar structure, thereby allowing a comparative approach among all studied countries.

AER is a member of the B3 Action Group on integrated care systems. In this framework AER has a commitment towards raising awareness & building capacities for integrated care systems. Participating in the EIP-AHA enables AER to connect with the right stakeholders, provide state of the art knowledge on health innovation and raise the voice of regions in European discussions on health innovation.