You are here: Home / Archives for Environment

This is the tag for all posts relating to environment. 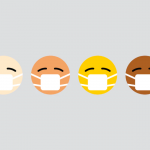 A message from the AER President, Magnus Berntsson on COVID-19 and AER's current and future work. The Assembly of European Regions and its members are acutely aware of how the current pandemic, the coronavirus, is affecting all members of society, not just in Europe but around the globe. Regional and local leaders are at the forefront of the fight against the pandemic - … END_OF_DOCUMENT_TOKEN_TO_BE_REPLACED 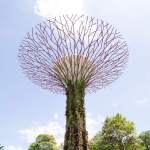 On Monday 23rd February representatives from AER attended a Webinar on the 2019 Global Sustainable Development Report.The webinar was organised by the UN DESA (Department of Economic and Social Affairs), presented by Astra Bonini and Stephanie Rambler and focused in particular on which transformation is needed to attain the sustainable development goals. As we currently are … END_OF_DOCUMENT_TOKEN_TO_BE_REPLACED

Twice a year the members of the AER Committee on Regional Development and Economy gather in plenary meetings. This is the opportunity to set goals for cooperation through the elaboration of a joint work programme and to evaluate progress every six months. On the occasion of the Spring 2019 Committees’ plenaries in Örebro, AER members identified joint actions they wanted to … END_OF_DOCUMENT_TOKEN_TO_BE_REPLACED 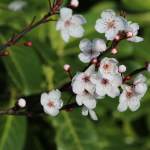 Twice a year the members of the AER Committee on Social Policy and Public Health gather in plenary meetings. This is the opportunity to set goals for cooperation through the elaboration of a joint work programme and to evaluate progress every six months. On the occasion of the Spring 2019 Committees’ plenaries in Örebro, AER members identified joint actions they wanted to … END_OF_DOCUMENT_TOKEN_TO_BE_REPLACED 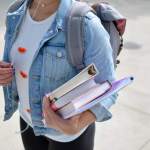 Ready to train with the EU projects team of the largest independent network of regions in Europe? We are looking for a motivated intern (ONLY STUDENTS) to join the Project Unit at our Brussels Office, supervised by the European Projects & Private Partnerships coordinator. The placement would be for around 6 months. Your main tasks will be: Mapping calls for … END_OF_DOCUMENT_TOKEN_TO_BE_REPLACED

The objective: extraordinary experiences via digital   We want to explore new ways to disseminate European world heritage through innovative digital technology. Our goal is to create extraordinary experiences for the public, and to solve key challenges for the participating World Heritage Sites.  Placed-based approaches, exchanges & explorations With central … END_OF_DOCUMENT_TOKEN_TO_BE_REPLACED

If you are seeking for a partner in your endeavour of supporting public authorities in driving the Energy Transition under the Horizon 2020 call, AER is happy to liaise you with the Denizli Metropolitan Municipality. They are a local authority within Denzli Municipality, keen on fighting for their citizens' right to a healthy living environment. Their efforts find proof in … END_OF_DOCUMENT_TOKEN_TO_BE_REPLACED 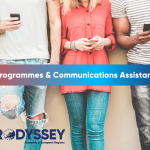 AER has a vacancy for a Eurodyssey Trainee to join our team in Brussels as a Programmes & Communications Assistant. The role is perfect for an outgoing young person who is engaged in youth activism & interested in honing the communications skills. Eligible trainees should be resident in one of the Eurodyssey member regions. Description of tasks to be … END_OF_DOCUMENT_TOKEN_TO_BE_REPLACED

Over the past week the Together4Cohesion Stand shined within a couple of innovative and equally interesting events. The debut was made within the Economy 4.0: Shaping a Shared Future event hosted by AER, the Brussels Capital Region and respectively the Government of Catalonia. The Cohesion stand welcomed the guests with smiles, balloons and positive stories of best-practices … END_OF_DOCUMENT_TOKEN_TO_BE_REPLACED 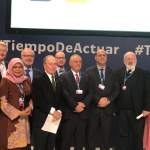 This years’ edition of the United Nations Conference of the Parties (COP) has failed to meet expectations - it is now time to work towards a successful COP26. AER President Magnus Berntsson was present at the COP25 in Madrid during the last week of the conference. AER was accredited observer status to this years’ conference following the networks increased work connected to … END_OF_DOCUMENT_TOKEN_TO_BE_REPLACED 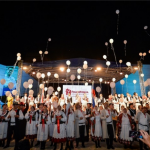 Varaždin County is organising an international folk festival on 25-29 June 2020. This event will feature 10 ensembles from 10 countries for 5 days of festivities. The idea of this international festival arose after the Spring 2019 Plenaries in Örebro (SE). Members of Committee 3 developped their workprogramme and decided to work on making culture accessible to all and … END_OF_DOCUMENT_TOKEN_TO_BE_REPLACED 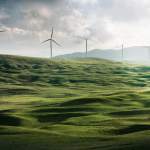 The latest ‘Europe's State of the Environment 2020’ report, which was launched by the European Environment Agency earlier this month, states that Europe is facing environmental challenges of unprecedented scale and urgency. This report underlines that Europe will not achieve its 2030 goals without urgent action over the next 10 years to address the alarming rate of biodiversity … END_OF_DOCUMENT_TOKEN_TO_BE_REPLACED 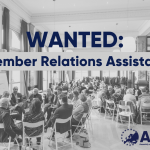 Member Relations Assistant (Trainee Contract – up to 6 months) – for STUDENTS ONLY We are looking for a motivated student to join the AER Team at our Brussels Office to support our member relations coordinator. The internship period will be for up to six months, preferably starting February 2020. Some of your main tasks will include: Work closely and … END_OF_DOCUMENT_TOKEN_TO_BE_REPLACED 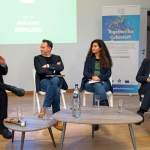 The AER Taskforce on the SDGs organised a Panel Debate entitled ‘Glocalising the Sustainable Development Goals’ in the context of the AER Autumn Bureau Meeting which took place in Brussels on 5 December 2019. The debate was moderated by AER President Magnus Berntsson, who was joined by experts from the UNDP, European Parliament, Committee of the Regions, and the European … END_OF_DOCUMENT_TOKEN_TO_BE_REPLACED 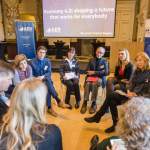 The annual mutual learning event hosted by AER, the Brussels Capital Region and the Government of Catalonia took place on 4 December 2019 in Brussels. The theme of the event was "Economy 4.0: shaping a future that works for everybody". This was the fourth edition of this unique conference format. The day kicked off with an opening address and welcome by the hosts, Jean Luc … END_OF_DOCUMENT_TOKEN_TO_BE_REPLACED 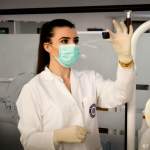 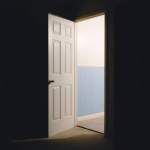 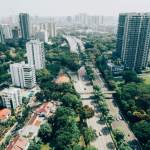