You are here: Home / The history of AER 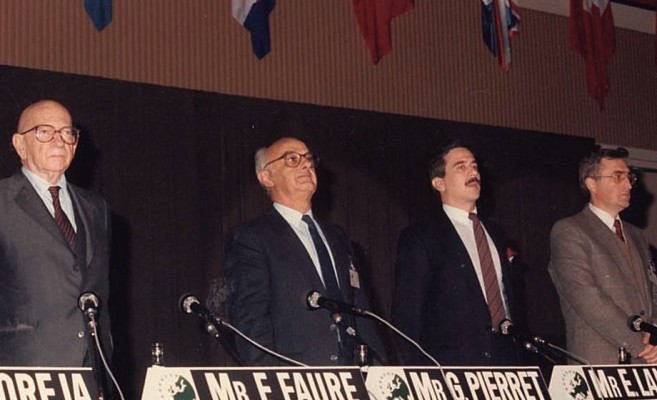 In 1985, François Mitterrand was President of France, Helmut Kohl was Federal Chancellor of West Germany, Margaret Thatcher was Prime Minister of the United Kingdom, Mikhail Gorbachev was General Secretary of the Communist Party of the Soviet Union and Ronald Reagan was President of the United States. The Berlin Wall divided Berlin.

At the first meeting, on June 15th 1985, in Louvain-la-Neuve (Wallonia – BE), politicians strongly favouring the concept of regionalism as well as fervent Europeans, representing 47 Regions, decided to found the Assembly of European Regions. They were joined by 9 interregional organisations, seeking the support of a larger political entity.

In 1986, the Council of Europe honoured AER’s status as a fundamental European organisation representing regions.

Subsidiarity in the Maastricht Treaty 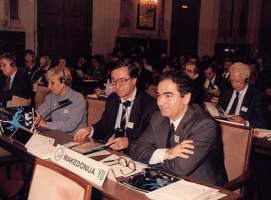 The fall of the Berlin wall, in 1989, marked the opening up of AER to the regions of Central and Eastern Europe, stressing the importance of regional level politics in modern democracy with respect for cultural plurality and European regional development.

In 1990, AER’s Tabula Regionum Europae published the first map of its kind citing a Europe made up of regions and not simply of countries. The year after, the principle of subsidiarity became the leading AER campaign to promote the role of regions in all European and national decision-making processes. Soon thereafter its success was to be evident as the principle was recognized in the Maastricht Treaty of 1992.

Committee of the Regions

The creation of the Committee of the Regions (CoR) in 1994 and the Chamber of the Regions in the framework of the Congress of Local and Regional Authorities (CLRAE) in 1994, exemplified a victory for AER in advocating for the regions in Europe.

In 1995, AER launched a massive campaign to promote regionalism in Europe. As a result, 300 AER members adopted in 1996 the Declaration on Regionalism in Europe immediately initializing a reference document for new and developing regions.

European constitution and the Lisbon Treaty 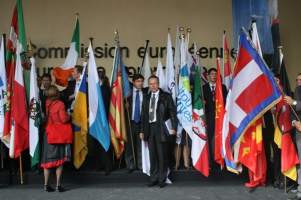 In 2002, AER presented its position on the “Future of Europe” to the European Convention. AER actively contributed to the drafting of the European Constitution, demonstrating strong political involvement. The final text included all AER proposals, namely

In 2005, the Constitution was rejected, but AER continued to push forward these principles in the drafting of the Lisbon Treaty, entering into force in 2009. 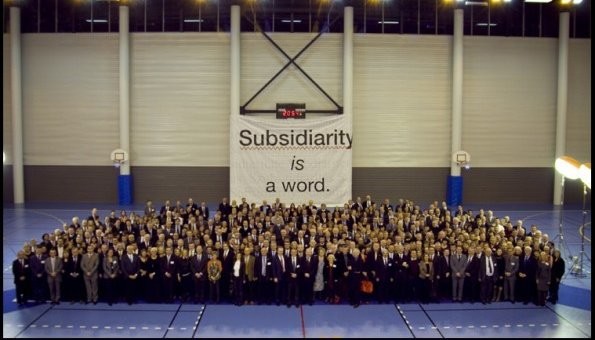 With the economic and financial crisis and the challenges linked to the Europe 2020 objectives, AER pursued to be the European regions’ partner for growth. The AER strategy 2013-2020 opened up a new chapter in the promotion of regions in Europe. Turning from the motto “Europe of the regions” to the concept “Europe with the regions”, AER placed itself as a key actor of the multi-level governance advocated by the Lisbon Treaty.

In 2010, marking its 25th anniversary, AER updated its Regionalism Report and presented a Position on EU “Europe 2020” strategy.

The setting up of concrete partnerships with thematic networks and the opening towards the business world allowed AER to give a new impulse to the actions of regional political leaders all over Europe, and beyond.

The year 1985 was proclaimed by the United Nations as the International Youth Year. The same year AER launched its first programme, Eurodyssey, designed to promote and encourage youth mobility.

In 2008, the AER established the Youth Regional Network, Europe’s first and only platform of regional youth councils, parliaments and organisations.