You are here: Home / Archives for Structure / General Assembly 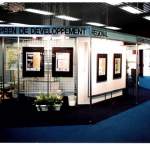 Lyon, Rhône-Alpes (F), 3 December 1999 At its General Assembly in Lyon on 2nd and 3rd December 1999, the Assembly of European Regions (AER), which represents 300 European Regions from 26 countries, wishes to bring the European Council of Helsinki's (10-11 December) attention to: 1) The need, in the general interest of Europe, to acknowledge the role of the … END_OF_DOCUMENT_TOKEN_TO_BE_REPLACED

At the invitation of Anne-Marie Comparini, President of the Rhône-Alpes Region, the representatives of 300 Regions from 26 European countries, members of the Assembly of European Regions (AER), will take their General Assembly in Lyon on 2nd and 3rd December 1999. A few days before the European Council of Helsinki (10-11 December), this General Assembly will be the occasion … END_OF_DOCUMENT_TOKEN_TO_BE_REPLACED