You are here: Home / News / AER presents its views on the future of EU Cohesion Policy to the European Parliament 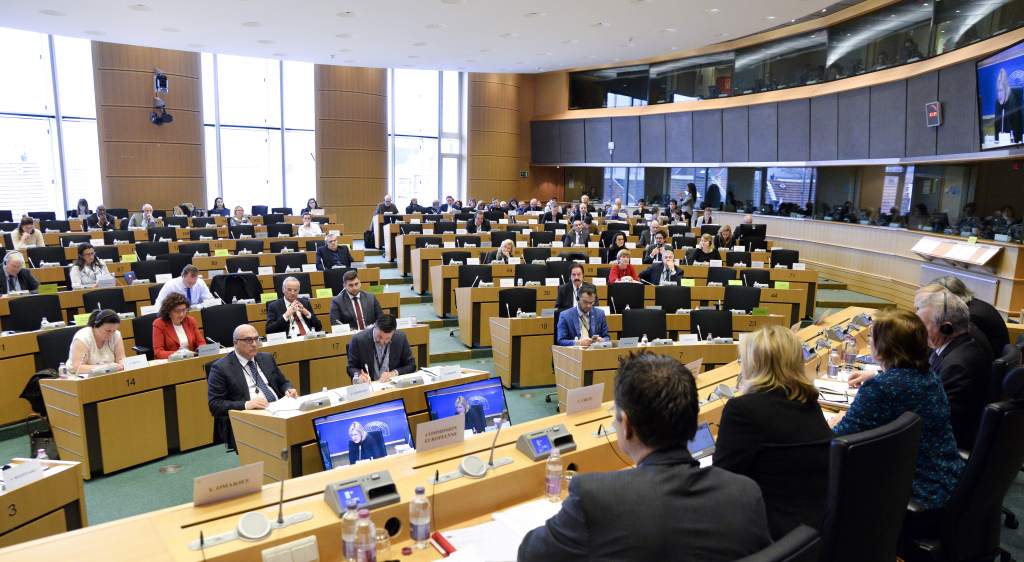 The meeting brought together European associations of cities, municipalities and regions to present their views on the future of EU Cohesion Policy. AER adopted its position on Cohesion Policy post-2020 at its Bureau Meeting in Sankt-Pölten (AT) in June 2017.

Mr Mori said that “The achievements and additionality of Cohesion Policy are beyond dispute. Evidence is clear: cohesion policy has played a fundamental role in supporting regions in promoting job creation, business competitiveness and sustainable economic growth; and in improving citizen’s quality of life. The future cohesion policy must keep its integrity post 2020. We would not accept a fragmented cohesion.”

The #CohesionAlliance is a coalition of those who believe that EU cohesion policy must continue to be a pillar of the EU’s future. The Alliance was created through cooperation between the leading European associations of cities and regions and the European Committee of the Regions. It demands that the EU budget after 2020 makes cohesion policy stronger, more effective, visible and available for every region in the European Union.

What a week it has been at the Assembly of @europeanregions! A new executive board + an adopted position on #CohesionPolicy #AER2017GA pic.twitter.com/CMWUtpWPhP