You are here: Home / News / When the medical world faces the migration and refugee crisis 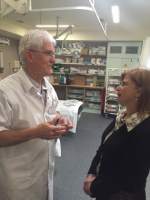 practitioners to care for migrants and refugees. Older than Belgium itself, the hospital is one of the 5 public hospitals in Brussels city (IRIS network). First established in the buildings of an ex-leprosarium in 1783, Saint-Pierre has safeguarded through time true values of solidarity, dedication and respect that seep through its walls and are carried by the numerous health professionals working in the institutions. Saint-Pierre believes and acts according to the idea that care should be provided to everyone, regardless social or political status. This reputation is known to other medical institutions in Brussels and neighbouring areas which have taken habit of sending patients to them when worried about the patients’ insurance coverage or political status. As a result, Saint-Pierre ends up with approximately 1 million EUR per year in equity with expenses unclaimed by neither the patients, health insurance nor the government.

In order to fulfil its mission to provide care to all those who need it, including migrants, refugees and asylum seekers, Saint-Pierre employs 7 full-time inter-cultural mediators and can accommodate patients speaking 140 different translators. 27 social workers also assist the hospital administration to manage the necessary procedures for caring for migrants. The practitioners have identified several barriers when dealing with asylum seekers:

With this first awareness-raising visit, the President explained “we want to show our full support to Ms Granström in her proposal to deal with the health of refugees; it is highly relevant and AER can play its role by finding out how healthcare professionals and hospitals across Europe face these challenges and share their experiences”

Some figures about Saint-Pierre: 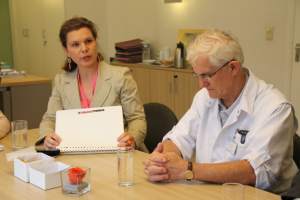 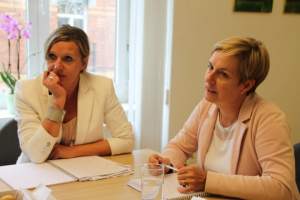 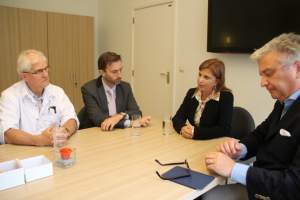 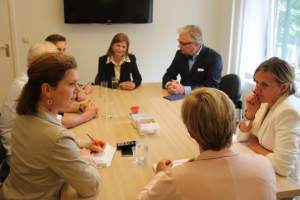