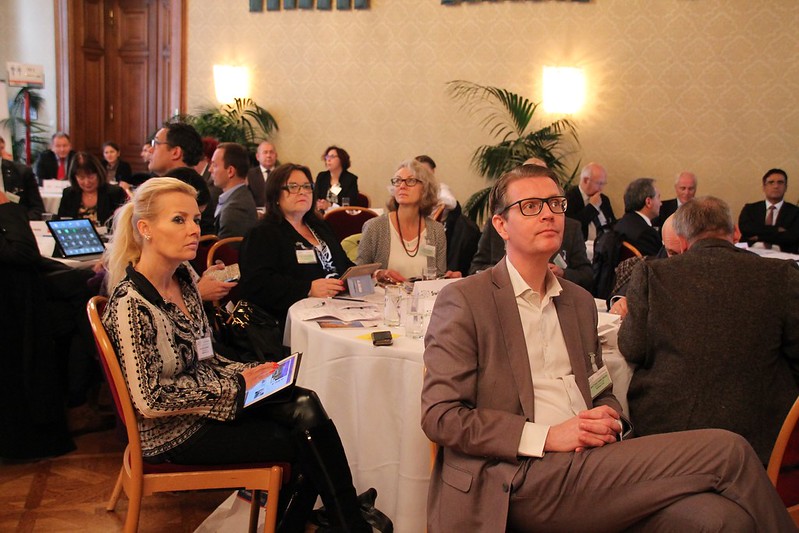 The City of Vienna welcomed the AER members to a Bureau Meeting and a Forum on Equal Opportunities on 24 and 25 October 2016.

Bureau: “Europe after the Brexit: is status quo an option?”

The topic came naturally during the last Bureau meeting in Nordland  where members had the opportunity to exchange on the very hot issue of the British Referendum, which was about to take place on the next day. In his video message to the members, AER Vice-President for Institutional Affairs Roy Perry (Hampshire-UK) shared his hopes and fears, followed by a lively intervention from AER’s Honorary Vice-President Brian Greenslade (Devon-UK). The vast majority of the members sent clear signals in favor of a “Bremain“ rather than a “Brexit“… But the results of the referendum poured cold water on these hopes.

With its focus of the year on “revitalizing democracy“ and while waiting for the next steps from the British government and the EU institutions, the Assembly of European Regions proposes you to think further with a debate on “Europe after the Brexit: is status quo an option? ». Everyone agrees Europe lives a critical moment of its history, which also makes it a relevant moment to question it, challenge it, and reconsider it with new ideas coming from the regional level. Regions also share a part of responsibility and can certainly lead the way towards a brighter future, setting examples for others to follow.

Forum Equal Opportunities: “What does it mean to implement Human rights at regional level?”

How does this translate in practice for topics such as health or economic development?
How to organise and to create tools for human rights governance at regional level?
What are the consequences for citizens at large?

The speakers of the day provided expert insights from the OSCE, the Congress of Regional and Local Authorities and the Fundamental Rights Agency, as well as good practices from various Västra Götaland (SE), Lower Austria (AT) and Värmland (SE).

Study visit to the OSCE

The Organization for Security and Co-operation in Europe was created in 1975, to serve as a multilateral forum for dialogue and negotiation between East and West. With 57 participating States, the OSCE has today a comprehensive approach to security that encompasses politico-military, economic and environmental, and human aspects. It therefore addresses a wide range of security-related concerns, including arms control, confidence- and security-building measures, human rights, national minorities, democratization, policing strategies, counter-terrorism and economic and environmental activities. Learn more about the OSCE here.

For this study visit, AER members received a general lecture about the history, roles and missions of the OSCE, before learning more about its work in the fields of gender equality and fight against terrorism.