You are here: Home / News / European Week of Regions and Cities 2018 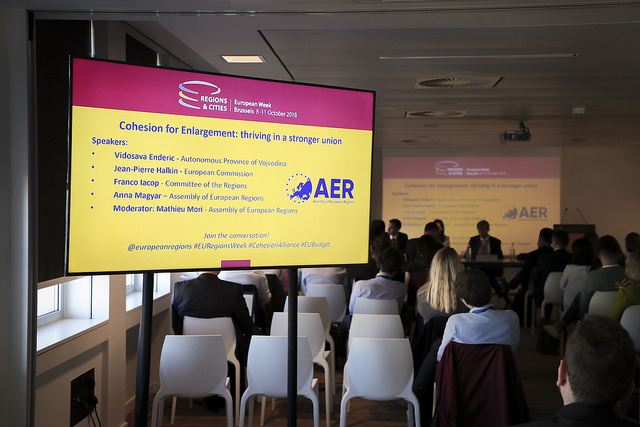 The AER took part in the annual European Week of Regions and Cities, organised by the Committee of the Regions. From 8 – 12 October representatives from all across Europe came to Brussels to discuss best practices and share experiences.

The AER organised a workshop on Cohesion for Enlargement: Thriving in a Stronger Union. The workshop brought together experts to look at the role cohesion policy plays in strengthening the enlargement process for the Western Balkans. There was also a discussion on how the forthcoming legislative proposals for the renewed cohesion policy framework and instruments can deliver the best outcomes for social, economic and territorial cohesion in the view of a stronger and enlarged Union.