You are here: Home / News / Time to Make the EU’s Single Market Fit for the Digital Age

The theme of the conference was digitalization and the core question if “the European Directors are ready for a digitalized word?”

Existing barriers, legal, cultural, perceptional and other mean citizens miss out on goods and services, internet companies and start-ups have their horizons limited, and businesses and governments cannot fully benefit from digital tools. It’s time to make the EU’s single market fit for the digital age – tearing down regulatory walls and moving from 28 national markets to a single one. This could contribute €415 billion per year to our economy and create hundreds of thousands of new jobs,  so shares the European Commission.

The conference participants agreed that the internet and digital technologies are transforming our world and that immediate action is needed by the directors for the economy to keep the pace with these developments. 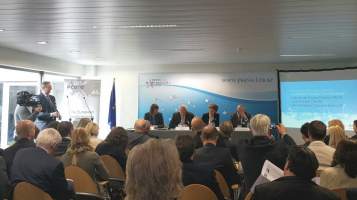 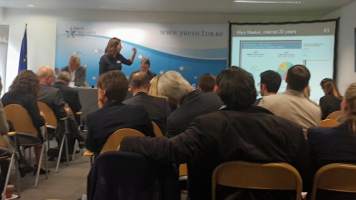 The conference was moderated by Peter H. Dehnen (owner and CEO of GermanBoardRoom GmbH and the President and co-founder of “Vereinigung der Aufsichtsräte in Deutschland e.V. (VARD)“ a German non-profit organization for supervisory board members) in a very welcoming and sublime manner leaving no questions unanswered, tackling every theme.

The conference banged away at impact on digital business and management, squared off the capacity of European Boards and Legislators embracing change caused by Digitalization, addressed the challenges of how we changed our way of working in a Digital Single Market and even “dared to” explore the dangers of the Dark Net by sending out the message it is not a question if a company will get hit by it, but when?

And when it happens are the companies prepared? Bashing the concept that Digitalization is something solely for IT Departments to take care, the conference succeeded to bring the role of directors in the process where it belongs: responsibility to manage the process by recognizing that digitalization steps are not strictly linear, but recursive and that only by including all in the process digitalization could be introduced properly. This also understands the ability to utilize capacities of entrepreneurs, scientists, experts and other innovators in business and to form teams that recognise that creativity and innovation are necessary to succeed and advance in a constantly changing world and marketplace.

The fast-paced technological advancement of the late 20th century and the opening of markets around the world through various trade agreements motivated companies to launch a profusion of new products and services, in many cases exploiting the advancing technology. As a consequence, digitalization became a crucial part of corporate strategy during this period as companies tried to remain competitive and not lose market shares to more innovative companies. To attain this level of competitiveness, companies require not only the sole implementation of digitalization, but also the management skills and corporate vision to implement the technologies successfully.In order to keep track of the global game, the economy and society of Europe need to make the most of digital. 47% of EU population is not properly digitally skilled, yet in the near future, 90% of jobs will require some level of digital skills.

The spread of digital is having a massive impact on the labour market and the type of skills needed in the economy and in the society.

The full potential for improving education through ICT in Europe remains yet to be discovered and this is why we see the European Commission developing policy and supporting research to make learners fit for 21st century life and work.