You are here: Home / News / The Regional Dimension in Albania: Conclusions from our Conference in Tirana on March 28-30 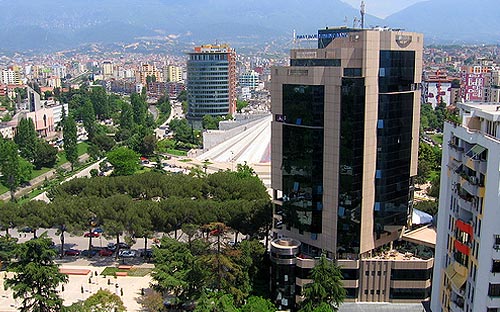 At the Rogner Hotel in Tirana, the AER was joined by the Albanian regional representatives to discuss common challenges the Albanian regions are facing and what the international state of play is for regional cooperation. 3 Days of debates, presentations and exchanges led to some new insights that we are delighted to share with you here.

The challenges for the newly born regions of Albania

On March 28-30, representatives from Berat, Diber, Durres, Elbasan, Gjirokaster, Korca, Kukes, Lezhe, Shkoder, Tirana and Vlore joined the Assembly of European Regions and the Konrad Adenauer Stiftung at the Rogner hotel to share their impressions of their young administrations and the challenges they are facing. As the regions in Albania have a relatively young history, the purpose and the shaping of each region has been subject to many different challenges. When the regions were formed, there was a hope to meet the requirements set by the Council of Europe to have the new regions adhere to the Framework Reference for Regional Democracy. However, as this mid-level governance did not exist previously in Albania, the first years of their existence has presented the following to the regions.

Which challenges are the Albanian regions facing regarding the activation and enablement of civil society?

Currently, when looking at civil society, the regions of Gjirokaster, Vlora, Shkoder, Tirana and Berat shared some of their insights in how their current situations are. For Gjirokaster, in tourism, it proofs to be difficult to organise civil society around tourism as the civil activity is mostly fragmented. The members of the discussion group shared common challenges in general.

A call for action

In conclusion, the Albanian regions decided that creating more efficient and effective regional administrations is key. Decisions need to be made on the central, regional and municipal level on which responsibilities lay with which administration. In order to cooperate closely with each other and to face the challenges together, the regions of Albania have been meeting monthly already. In the future, meetings like these where the Albanian regions share experiences with each other and to bring transparency will be held monthly as they have in the past. Through exchanges with other non-EU countries handling EU funding, the Albanian regions have the possibility to learn about how to model their administration with regards to handling finances. To this end, the AER is offering an information session with a non-EU member to share knowledge on the handling of EU funds. This is not only crucial for the engagement of civil society, but for the regions as a whole.