You are here: Home / Projects / The Benefits of Cohesion for Citizens of the European Union: Together4Cohesion’s Event in Timiș 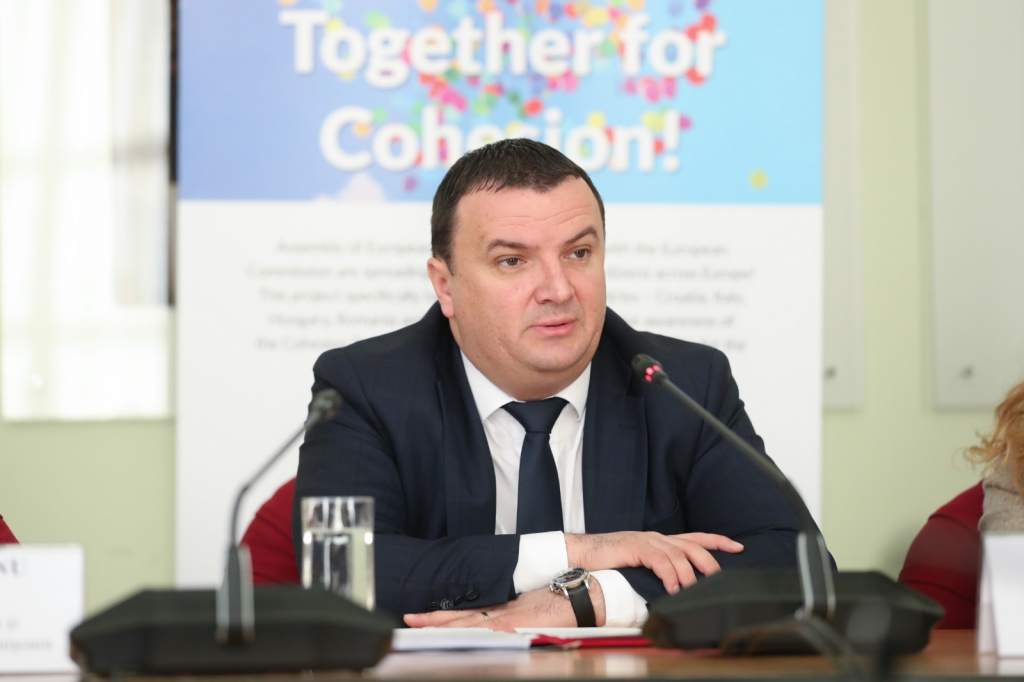 Another important stage was achieved on the route to raise awareness of European cohesion policy and its benefits for the regions through the “European cohesion calendar for local events” of the Together4Cohesion project!

On February 25th, the Timiș County Council held the conference “The benefits of cohesion for citizens of the European Union”. The aim of the event was to inform citizens, local authorities, and stakeholders about the benefits of European cohesion policy in the Region West in Romania.

Since the accession of Romania to the European Union, cohesion policy has played a fundamental role in promoting the economic development and well-being of the Region West. According to the president of Timis County Council, Călin-Ionel DOBRA: “Our West Region directly benefited from cohesion prioritization of the EU investment policies, because the budget allocation of the 2014-2020 Multiannual Financial Framework has created thousands of new jobs, facilitated the rehabilitation of several regional roads, the provision of high-performance equipment for various hospitals and schools and considerable investments in terms of services and infrastructure. This is why we are entitled to say that cohesion policy, combined with foreign investments, represent the main factors to raise Timis into the top counties with the lowest unemployment rate in Romania. Since our 2007accession to the European Union until the present, we lowered from a percent of 7.7 in 2006 to a currently rate below 1%” (press release).

The conference gathered representatives of public institutions and non-governmental organizations and presented some of the major projects co-financed by EU funds, as well as their concrete achievements. The presented projects were meaningful in shedding light on the real-life impacts of the activities launched within the European cohesion policy. These included the “expansion and modernization of the Emergency Receiving Unit of the Timișoara County Hospital”, “construction of a new Obstetrics-Gynecology Clinic”, “the exit of the A1 Highway”, and “modernising the DJ 693 county road to interconnect it with A1 highway and building a bridge over Mureș River in Pecica, Arad County” (press release).

Read the full press release of the event here to have more information about the conference and the benefits of European funds in the region!

And check the European cohesion calendar for local events for updates on the upcoming events!