You are here: Home / News / Takeaways of AER-YRN’s activities at the 20th University on Youth and Development 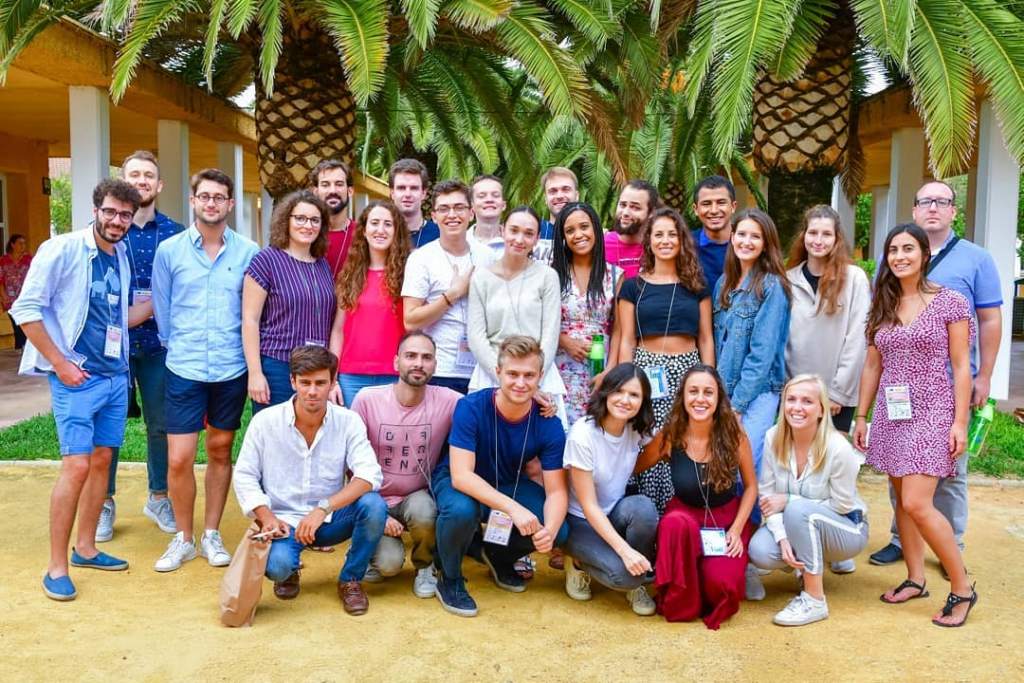 From 15 to 19 September, the Youth Regional Network of the Assembly of European Regions (AER-YRN) celebrated its Autumn Plenaries for the first time in the framework of the 20th University of Youth and Development (UYD) of the North-South Centre of the Council of Europe. 23 young participants from 13 different countries representing the AER-YRN at the 20th UYD actively engaged in workshop debates, committees’ work and joint thematic activities themed around the UYD’s 2019 annual focus on “Youth, Justice & Strong Institutions” related to SDG 16.

Advocacy on SDGs and innovative approaches to youth participation

In the morning of the 16th, the first workshop debate Glocal Youth Advocating for SDGs began with the participation of Benjamin Günther, board member of the European Youth Forum (EYF), who presented the work that the Forum undertakes in order to advocate for the inclusion of young people in the review and implementation of SDGs and, in addition, presented the main conclusions of the EYF Policy Paper on Sustainable Development.

Elitsa Hadzhieva, AEGEE-Europe: European Student’s Forum, also joined the discussion with the YRN delegates to stress the importance of enhancing cooperation in a more coordinated way among the different youth-led organisations in order to have a more unified voice when advocating for youth major rights towards the EU institutions and the UN.

On Tuesday 17th, Bruno António, Coordinator of DYPALL Network and Nami Isaki, board member of the Centre For Intercultural Dialogue, shared insights and experiences at the workshop debate entitled (Co)innovating youth participation. The YRN participants not only learned about the principles of the Council of Europe (CoE) co-management system for participatory democracy but also heard the experience of Nami Isaki in establishing an influential network of youth-led organisations both at the local and national decision-making levels in North Macedonia and, more generally, in strengthening youth cooperation in the Balkans.

Bruno António pointed out that the 2030 Agenda goes beyond the so-called roadmap to sustainability but it is rather an inspirational framework for engaging young people in active participation to stand for their own rights and, moreover, influence policy-making at multiple levels. Organisations such as the ones represented by Bruno and Nami are trying to change the concept of democratic participation by facilitating access to the decision-making process for all cohorts of young people, including the most disadvantaged groups.

Abdelkader El Khissassi, Union for the Mediterranean (UfM), took part in the second workshop debate Youth Inclusion and Intercultural Dialogue on the 18th of September. During the interactive discussion, Abdelkader insisted on the importance of mainstreaming an intercultural sensitivity for young people’s inclusion in the public sphere but also to build more democratic societies free from prejudice and discrimination. The UfM is currently developing a cooperation framework between youth platforms in the Mediterranean basin, such as the Youth Forum for the Mediterranean, with the purpose of fostering intercultural dialogue and cooperation beyond the European borders and thus create a project-oriented space for mutual understanding in the field of youth.

Following the discussions on inclusion and interculturality, YRN participant Tiziana Fantucchio, as a representative of CESIE, organised an interactive activity to raise awareness on sexual violence through a changing-pair exercise that allowed participants to explore their own personal boundaries. Another activity was organised by Vahram Vardanyan, member of the YRN Presidium, to reflect upon SDG 16 and the linkages with gender equality, discrimination and xenophobia.

The last workshop debate on Education for Sustainable Development involved a number of guest speakers: Giuseppe Lipari, board member of OBESSU, and Rocío Cervera from the North-South Centre of the Council of Europe. Giuseppe explained that OBESSU’s core goal is to increase the recognition of students as fundamental actors in shaping the educational policies and, to that end, the organisation commits itself not only to defend school student rights towards European Institutions and other relevant stakeholders but also to provide assistance for the development of school student representative structures at different levels.

Rocío Cervera underlined three perspectives that are fundamental in the field of Global Education: multi-perspectivity; multi-stakeholder approach for advocacy purposes; and sustainable lifestyles, which links the notion of sustainable development to the individual responsibility of contributing to it. In this regard, Rocío concluded that “we are all educators and individually responsible for bringing about worldwide sustainable change”.

The work in the YRN Committees

Throughout the week, the 23 representatives of the AER – Youth Regional Network worked in the YRN committees putting a log-frame analysis (problem/alternative trees) into practice to identify a core issue related to SDG-16 hindering youth participation and the human (youth) right vulnerated. For this exercise, the participants integrated all relevant inputs received at the workshop debates and the outcomes of the log-frame analysis were used in a second phase to elaborate an advocacy plan. Following this advocacy reflection exercise, the participants discussed solutions to overcome the problems identified and came up with recommendations to lobby the regional and local entities they stand for.

From these three days full of activities, workshops and debates concluded into many outcomes, although we could sum them all up into these three main outcomes:

Visit the event page to find all the presentations and materials of the AER – YRN’s activities at the 20th UYD.

Photo credits: @Luca Scognamillo / North-South Centre of the Council of Europe on Flickr

From 15 to 19 September, the Youth Regional Network of the Assembly of European Regions (AER-YRN) celebrated its Autumn Plenaries ...
Read More 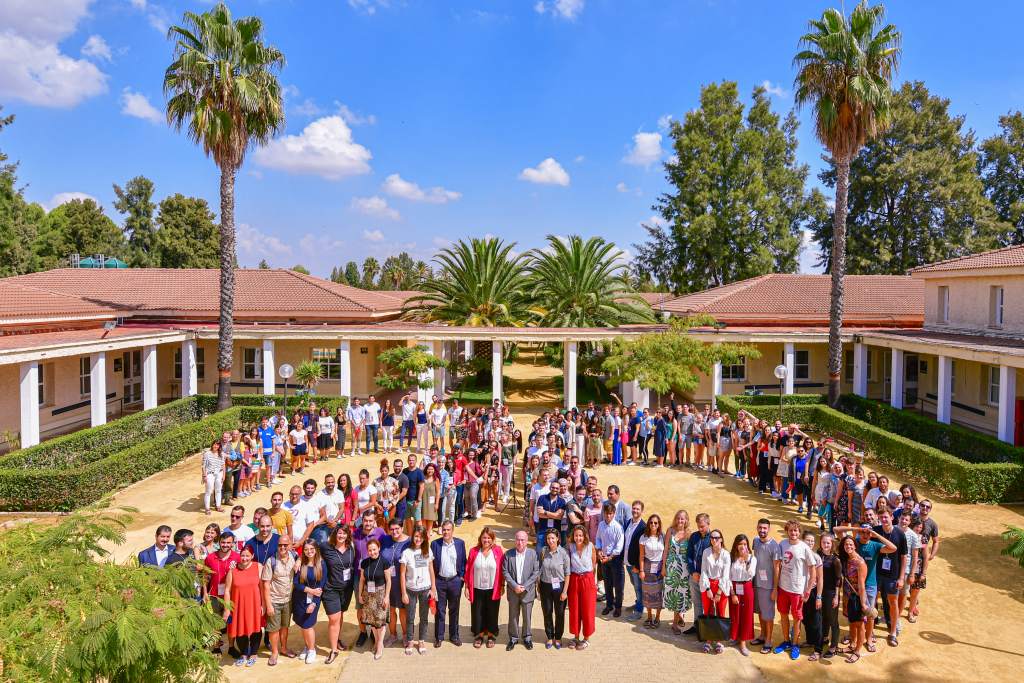 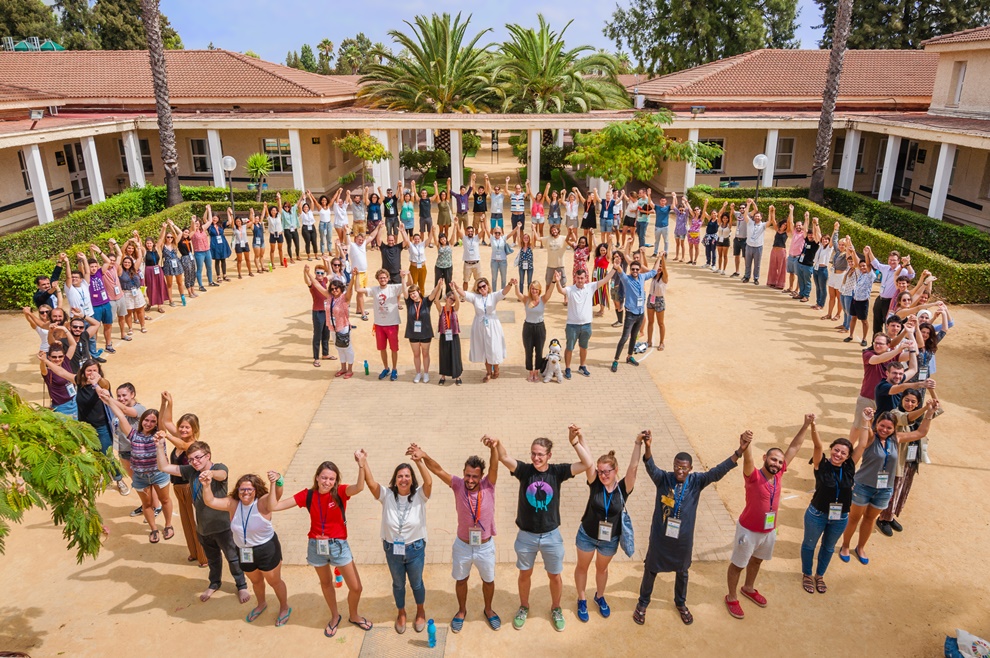 Take a look at the AER-YRN’s programme for the 20th University on Youth & Development!

From 15 to 19 September, a group of young participants from 13 different European countries will represent AER - Youth ...
Read More

Apply now for the North-South Centre of the Council of Europe’s 20th University on Youth and Development!

AER - Youth Regional Network (YRN) is very proud to announce its partnership with the North-South Centre of the Council ...
Read More