You are here: Home / Archives for Baltic Sea

This tag is for all posts relating to the Baltic Sea. 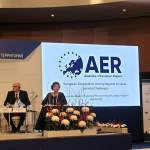 The President of the Assembly of European Regions, Mr Magnus Berntsson, recently participated in the 18th Strategic Planning Leaders Forum of Regions & Cities of Russia (Strategov Forum) that took place in St Petersburg from 28-29 October. The forum focused on topics such as international & interregional cooperation, digital economy, green technology and sustainable … END_OF_DOCUMENT_TOKEN_TO_BE_REPLACED 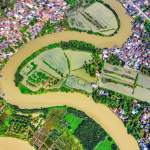 This year's AER Autumn Committee Plenaries in Podčetrtek (SI), will start off with a conference on Cohesion & Contrasted Regional Realities. Disparities within regions can hamper sustainable regional development by generating tensions and leading to difficult choices between for instance innovation on the one hand and equal provision of services on the other hand. A … END_OF_DOCUMENT_TOKEN_TO_BE_REPLACED 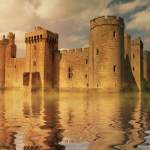 Explore and boost Europe’s cultural heritage is a topic of high interest for AER and its member regions, which has been strongly approached on occasion of the 2018 Summer Academy in Maramures (Romania) where young people from various regions across Europe gathered to discuss and share experiences on cultural heritage for regional attractiveness. Therefore, AER is pleased … END_OF_DOCUMENT_TOKEN_TO_BE_REPLACED 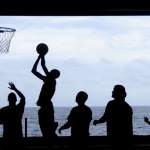 The Sakarya Metropolitan Municipality (Turkey) is currently working on two projects and is looking for partners that could join the consortia. AER is pleased to share this research with member regions and the entire network, being this a good opportunity to be involved on projects in line with AER priorities and topics. 1) The first project targeting teenagers and … END_OF_DOCUMENT_TOKEN_TO_BE_REPLACED 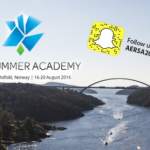 In April 2016, Østfold County Council -host region for this year's AER Summer Academy- applied for the Erasmus+ Key Action 3 “Support for policy reform: meetings between young people and decision-makers in the field of youth” specifically fulfilling one of the main priorities in the framework of this project: National meetings and transnational/international seminars that offer … END_OF_DOCUMENT_TOKEN_TO_BE_REPLACED

The Pan-European Institute publishes a discussion forum, Baltic Rim Economies (BRE), which deals with the development of the Baltic Sea region. In the BRE review, high level public and corporate decision makers, representatives of Academia, as well as several other experts contribute to the discussion. Special issue on the future of the Arctic was published on … END_OF_DOCUMENT_TOKEN_TO_BE_REPLACED 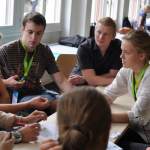 Østfold County Council is inviting AER members to join an Erasmus+ project proposal Østfold is going to lead. The idea is to develop a joint project, which will be rolled out on the occasion of the Summer Academy. Meetings between young people and decision-makers: The project Østfold County Council  plans to apply for is the Erasmus + Key Action 3 "Support for policy reform: … END_OF_DOCUMENT_TOKEN_TO_BE_REPLACED Göteborg, Västra Götaland (S), 18 September 2009 As European ministers from the Baltic Sea countries convene in Stockholm, Sweden, to adopt a declaration to undertake the measures contained in the EU Strategy for the Baltic Sea Region, the Assembly of European Regions’ (AER) political bureau met in nearby Göteborg to discuss the implications for the regions of emerging … END_OF_DOCUMENT_TOKEN_TO_BE_REPLACED