You are here: Home / Archives for Event 2016 Autumn Bureau

This is the tag for all posts relating to Event 2016 Autumn Bureau. 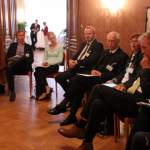 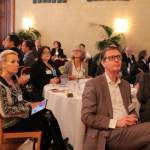 Political declaration Status quo is not an option for the European regions Adopted by the AER Bureau on 24 October 2016 in Vienna (AT)   The Assembly of European Regions (AER) was deeply impacted by the results of the referendum held on 23 June 2016 on the United Kingdom’s membership to the European Union. Although AER expresses major concern over the outcome, it … END_OF_DOCUMENT_TOKEN_TO_BE_REPLACED 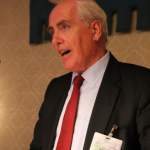 On 24 October, Cllr Roy Perry, AER Vice-President for Institutional Affairs and Leader of Hampshire (UK) gave a speech during the Bureau Meeting in Vienna, in the part "Europe after Brexit, is status quo an option?". Mr Perry gave a historical overview of the relations between the UK and the European Economic Community (EEC), that later became the European Union (EU). The … END_OF_DOCUMENT_TOKEN_TO_BE_REPLACED