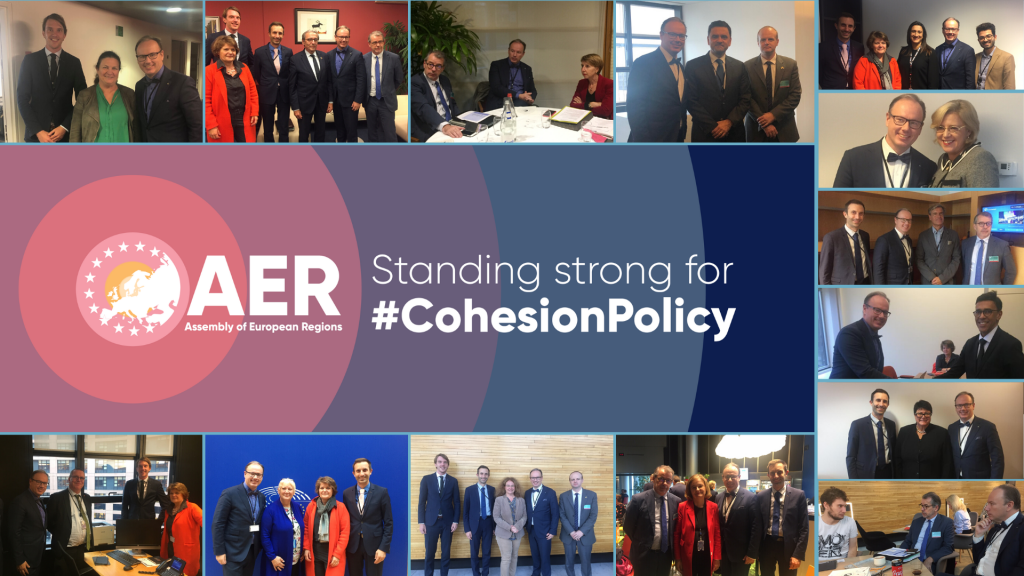 Last week, an AER delegation led by President Magnus Berntsson met a large number of Members of the European Parliament, including the Chair of the REGI Committee, to discuss the future of Cohesion Policy and the upcoming EU Budget for 2021-2027.

After the worrying working paper by the Finnish Council Presidency proposing further cuts to those already put forward by the European Commission for the 2021-2027 EU budget, AER was reassured to see a consensus among the REGI committee members who all described the Finnish proposal as “unacceptable”.

A similar unanimity was agreed on:

Like AER and the Cohesion Alliance, the REGI committee will now work on convincing the member states in the Council to return to a more constructive stance. A joint letter signed by the Presidents of the Committee of the Regions, AER, AEBR, CEMR, Eurocities and CPMR will be sent to the Council Presidency. This letter will be translated into all languages and shared with the members of all these organisations.

Such efforts will be particularly targeted at Austria, Sweden, Denmark, the Netherlands and Finland as Member States that oppose an increase of the national contributions to the next Multiannual Financial Framework.

France and Germany will also play a key role in the final adoption of the budget. As such, specific contacts will also be established with them.

In addition, a gathering of the Presidents of all networks of regions, municipalities and cities will be organised around the next EU Council meeting in the first half of December.

Together, we can save cohesion policy and continue to fight inequality in Europe. To do this, we rely on the engagement of all our members and all other stakeholders in the regions of Europe.

If you would like to learn more, please do not hesitate to contact Vania Freitas at [email protected].