You are here: Home / Projects / Road to the Future Final Conference – The curtain has not yet fallen 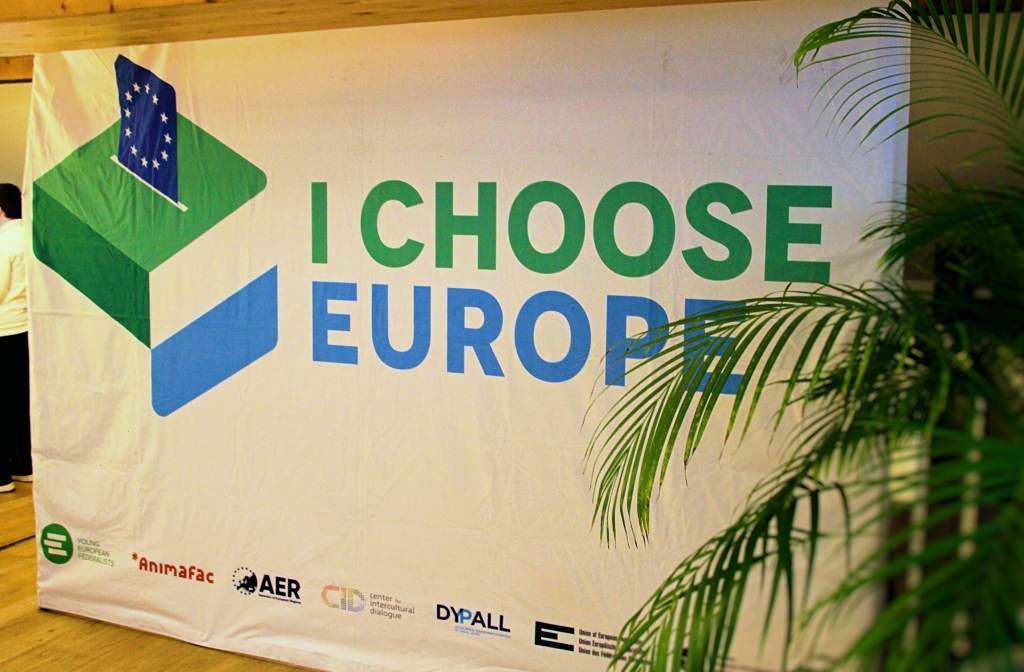 The EU funded project “Road to the Future” came to an end when its Final Conference took place on 20-21 January 2020. Young Europeans from all over the continent gathered together with civil society organisations and representatives of the European institutions to reflect on the “I Choose Europe” electoral campaign implemented in the run-up to May 2019.

The two-day conference aimed to analyse the objectives, the activities implemented and the results achieved over the past months, while at the same time, it was an occasion for the participants to discuss the role of young people and civil society in shaping Europe’s future, going beyond the 2019 European elections.

The Assembly of European Regions (AER), as a project partner, contributed to the success of this initiative by taking responsibility for the evaluation and monitoring of the project, at the same time, an active role was played by the AER-Youth Regional Network (YRN). Throughout the project, YRN members attended several events at local and European levels while establishing connections with other European youth organisations. In this context, Gloria Vitaly, President of YRN, was invited to participate in the round table debate entitled ‘The Future of Europe after the 2019 Elections’ where she particularly emphasised the importance of the bottom-up approach as regards youth involvement in the European democratic life. In line with AER-YRN priorities, Gloria Vitaly stated:

Everything starts at the local and regional level, and the YRN tries to involve as many actors as possible, such as all the organisations present today. We cannot do it alone, together we can achieve real change.

The statement was later confirmed by the representatives of the other project partners, the common thread that emerged from the round table was the need for coordination, especially as regards European institutions and local institutions. In addition to this, the ‘I Choose Europe’ campaign confirmed the necessity of engaging young people from the very beginning because the overall goal is not only to enhance participation, but also to achieve meaningful participation.

Conference on the Future of Europe – Shaped by Citizens, Made for Citizens

The second day focused on the upcoming Conference on the Future of Europe, a topic particularly debated in the last weeks. On this occasion, several Members of the European Parliament (MEPs) were invited to give more details about this brand new initiative aiming at giving citizens the chance to contribute in shaping the future of Europe. At this early stage, the Conference is still in the planning phase, but most of the MEPs agreed on the fact that a continuous dialogue with citizens has to be maintained and it is essential to collect as many opinions as possible. Following the discussion with the MEPs, the participants experienced a simulation of a meeting of the Conference on the Future of Europe. The discussion touched on a variety of topics, whereby the main issues that emerged were climate change, education, refugees and migrants. The lively debate ended with a set of policy recommendations addressed to European decision-makers and this interactive exercise gave participants to have a glimpse at how the Conference might look like.

AER is proud to have taken part in this inspiring project, which is just the beginning of even more activities in the youth engagement field. Thanks to the support of our member regions and the YRN, we are strongly committed to promoting youth engagement in European democratic life and we want to make young people’s voices stronger for the sake of the future of Europe.