You are here: Home / Policies / Regionalisation in Moldova: are regions lacking autonomy? #RoR2017 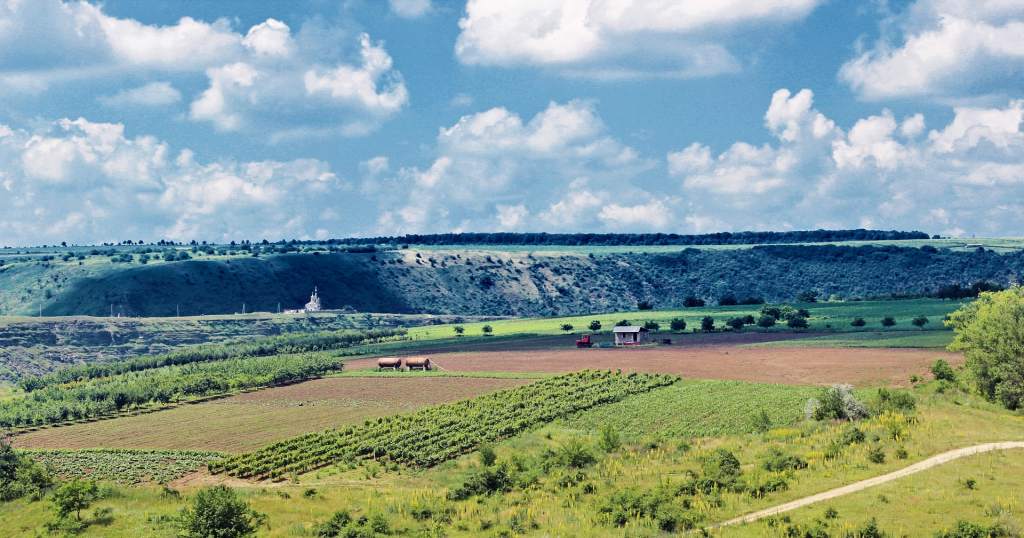 The Republic of Moldova is part of the Eastern Partnership, which is an initiative that enables closer political, economic and cultural relations among the EU, its member states and 6 eastern European partners. Moldova gained independence from the Soviet Union in 1991. The young republic later established itself as a “sovereign, independent, unitary and indivisible state” in 1994 according to the Constitution of the Republic of Moldova, which has been amended several times to date. The transition of the country from a communist regime to a democratic one gave way to the strengthening of national political stability and administrative bodies, the reform of central and local governments and the restructuring of domestic legislation.

During the transition period, the Republic implemented three administrative-territorial reforms, which impacted local public administration. In 1994, some changes were made to the Soviet system of administrative organisation, however the Soviet model remained largely unaltered. In 1997, Moldova ratified the European Charter of Local Self-Government (Charter), which came into force in February 1998. On 30 December 1998, the Law on Territorial-Administrative Organisation was adopted, which subsequently allowed for a significant administrative reform whose goal was to increase the economic capacity and autonomy of local governments in line with the standards of the Charter. In December 2001, the newly elected Communist government carried out another round of administrative-territorial reforms, which restored a quasi-Soviet model of territorial division of authority and reduced local autonomy on the basis of the Law on Local Public Administration adopted on 18 March 2003.

The second tier of local public administration consists of public bodies with general or special powers created with the purpose of promoting interests and addressing the issues of the population of a given territorial administrative unit. There are thirty- five territorial units that correspond to this level of local government authority: thirty-two districts (rayons), two municipalities (municipii) -Chisinau and Balti, and one autonomous territorial unit (ATU Gagauzia). There is also one unrecognised territorial unit (Transnistria), which does not consider itself under the jurisdiction of Moldova, but is internationally considered as a part of Moldova.

The role of rayons (districts)

According to the Law on Local Public Administration, responsibilities of the rayons include public order – coordination, organisation and supervision of aspects of military administration; rayon-wide roads, construction, operation and repairs – rayon-wide local public transport; the construction of long-distance gas pipelines and other heat and power facilities of local importance; the coordination and implementation of sports and youth programs; maintenance of theatres and TV stations; provision of grants to the bottom tier ear-marked for personnel expenses in libraries and other cultural institutions other than museums; the construction, operation, and maintenance of primary schools, gymnasiums, lyceums, after-school and other educational institutions, boarding schools; and the social protection and maintenance of social institutions.

Each rayon elects a council, which coordinates the activities of the local councils in order to provide public services at the regional level. The Rayon Council disseminates information regarding draft legislation and acts as a bridge between the national and local governments. There are no specific mechanisms of communication established between the national and local governments; communication between the two is usually informal. The councils are elected on the basis of universal, equal and direct suffrage by secret ballot for a term of four years. The Head of the rayon is elected by the local council. 19 Heads currently compose the Union of Rayon Councils of Moldova (UCRM).

The Union of Rayon Councils of Moldova (UCRM) was established in 2012, after the implementation of the Initiative for European promotion project. UCRM is a non-governmental, non-profit and non-political organisation that represents the interests of the local public authorities. The mission of UCRM is to act as a common voice for the Rayon Councils, by representing and promoting them on a national and international level. UCRM aims to contribute to the harmonious development of the local communities of Moldova, by promoting, supporting, and implementing initiatives and projects.

In regards to the financing of the rayons, the Law on Public Administration stipulates that subnational administrative units in Moldova enjoy financial autonomy and have the right of initiative in all matters concerning local administration. However, there is a lack of financial and administrative autonomy for regional authorities in Moldova. In fact, they are deprived of decision-making powers regarding their own administrative structure and are quite dependent on the central government. This lack of autonomy can be seen in local budgeting, revenues, and expenditures, which show that budgetary processes in Moldova are still centralized to a great extent.