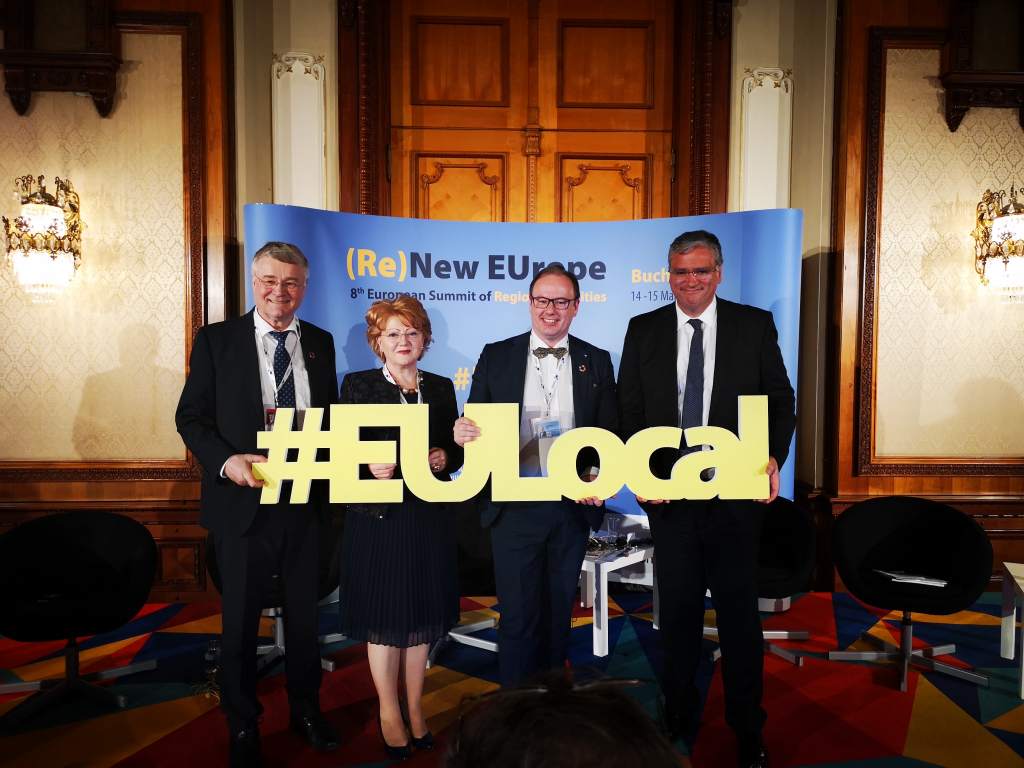 One of the major outcomes of the event was a declaration (link) by local and regional leaders on the future of Europe will be adopted in order to share their voice ahead of the European elections and ​the next term of office of the EU institutions.

AER played an active role throughout the Summit, with our President, Magnus Berntsson, taking centre stage for a thematic debate on the role of regions and cities in building a sustainable future.

A Sustainable Europe of Regions & Cities

Creating a truly sustainable Europe largely depends on its regions and cities, which are responsible for areas such as air quality, transport, biodiversity, renewable energy, energy efficiency and waste management. The debate highlighted how regions and cities are unlocking investment, driving innovation and showing ambition in the area of mitigating and adapting to climate change.

Magnus’ expertise came to the fore in discussing examples of how regions can make small changes that have a big impact. one of the key messages of the debate and Mr Berntsson intervention was the need for regions and cities to cooperate and share their examples. The regions of Europe and the world are doing amazing work in combating climate change but the know-how is often not shared. However, through platforms such as AER, we can spread best-practice and make a wider impact. Magnus also spoke about the work he is doing as President of the R20 Group of Regions for climate action.

The debate on sustainability tied in well with a press release published by the CoR on Thursday afternoon stating that local leaders have actively backed the “Global Strike for Future” and are calling for a carbon-neutral EU by 2050. Magnus is quoted in this widely-distributed PR as saying;

“Regional and local governments of Europe and around the world fully endorse the Paris Agreement and call for ambitious climate actions. We’re part of the solution. In our local communities, we understand our citizens’ needs and join forces with local businesses and academia to create green growth and jobs to replace what’s lost in the transition. By working together and sharing good examples we will prevail. This is also what the younger generation demand of us.”

On the sidelines of the Summit itself, the AER team had the pleasure of organising a number of meetings with member regions and other partners. A particular highlight was finding time to meet with European Commissioner for Regional Policy, Corina Cretu, from Romania, who was involved in bringing the #EUlocal Summit to Bucharest.

The Commissioner and AER President had a productive discussion on the ongoing negotiations on EU cohesion policy after 2020. They also reflected on  how to collaborate in moving forward the AER campaign “Together for Cohesion let’s rEUnite!“, funded by DG REGIO. The AER secretariat will follow up with the Commissioner’s Cabinet on collaboration for this campaign.