You are here: Home / Featured / Inspiring debates at the YRN Autumn Plenary in Cascais 2018! 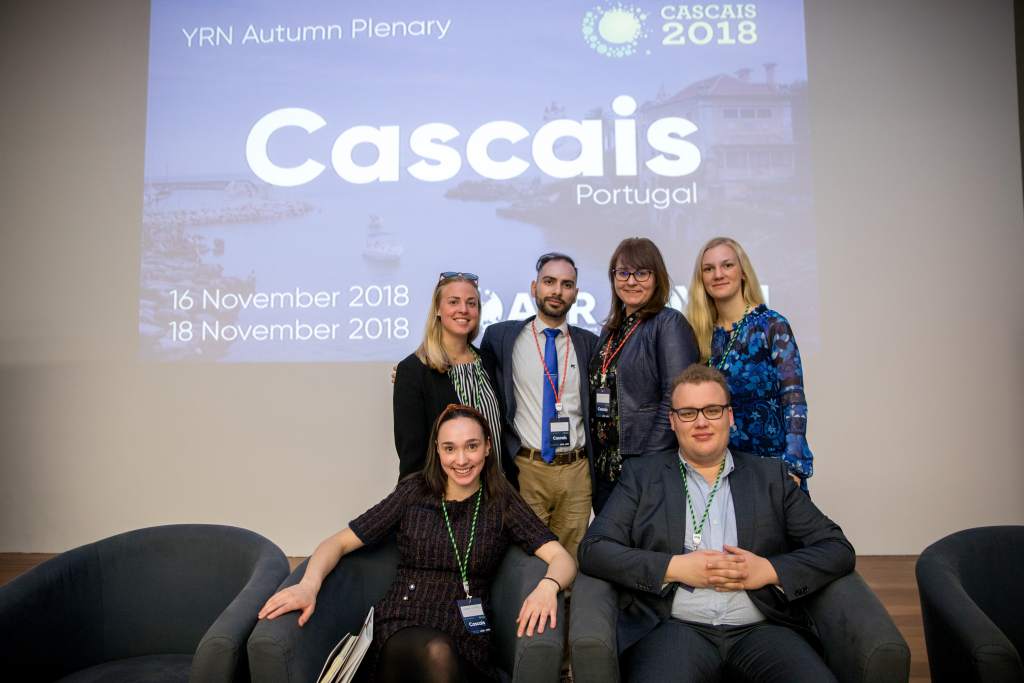 From 16 to 18 November 2018, the YRN had the great pleasure to celebrate its Autumn Plenary Meeting in the framework of the 2018 Cascais: European Youth Capital. The event brought together young representatives from various regional youth councils and parliaments in Europe to discuss hot topics at the top of the EU Agenda in the beautiful municipality of Cascais (PO). The meeting kicked-off with the traditional report of the YRN Presidium presenting the latest developments and was followed by a presentation by AER Member Relations Coordinator Elin Berglie and AER Programmes Coordinator Andrés Muñoz’s  presentation of the “European Youth Together – Road to the future” project funded under Erasmus+, in which AER – YRN is a key partner in a consortium composed of various European youth associations.

A “Glocal” vision to build alliances for youth participation

The opening workshop debate on “Glocal Youth” was conducted by Ms. Catarina Marques Vieira, Commissioner of “Cascais 2018: European Youth Capital”, who stressed the importance of combining the global and local dimensions –”Glocal”– for the empowerment of young people and the achievement of a genuine social transformation.  João Simões, President of the Portuguese branch of Young European Federalists (JEF), exemplified this “glocal” concept by referring to the notion of federalism as a gradual construction of a multilevel governance that can only be realised by mainstreaming local-level and youth participation. 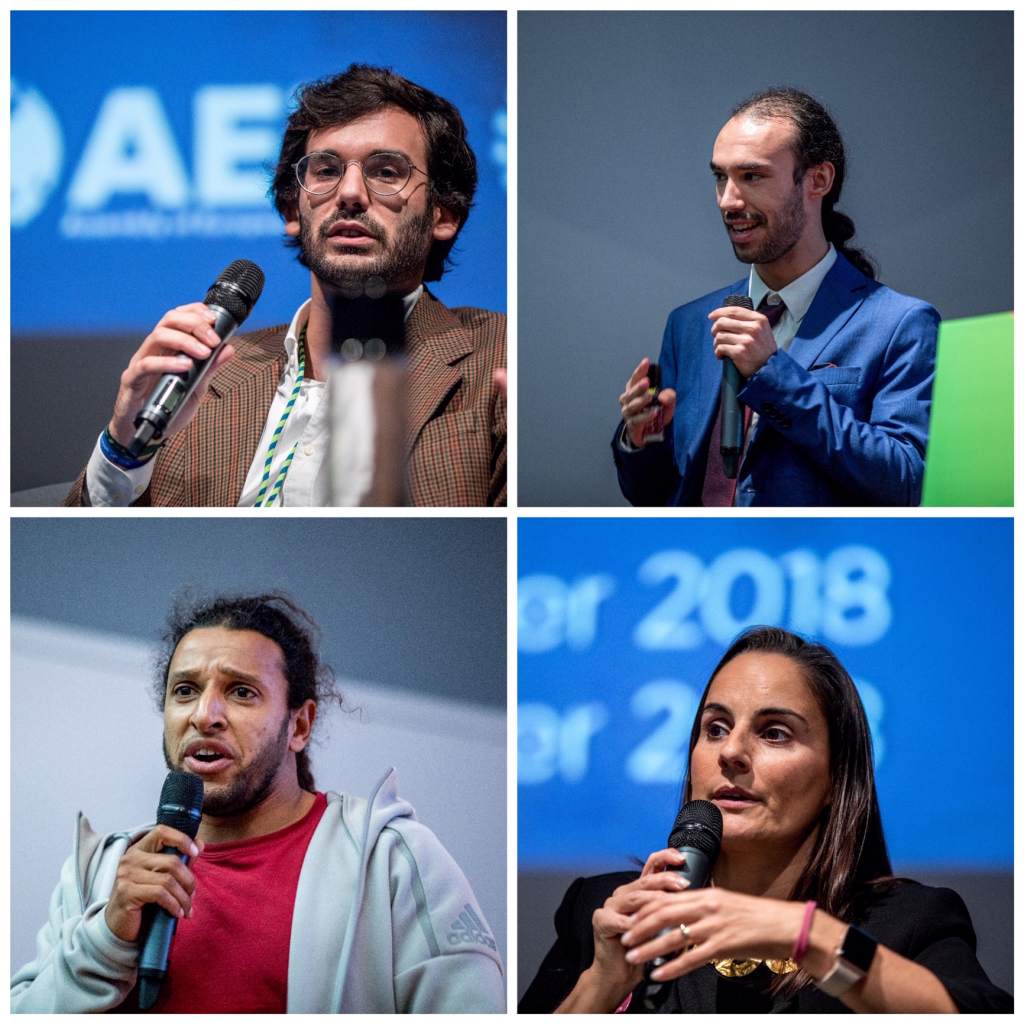 From top to bottom, and from right to left in the picture: Francisco Ramos, João Simões, Bruno Antonio and Catarina Marques.

Bruno Antonio, Coordinator of DYPALL Network –a Portuguese association that aims to promote youth participation at local level–, pointed out that glocal citizenship means adopting critical thinking in the era of information technology, bringing about an educational shift from competition to cooperation in order to build a free democratic society, and tackling disaffection among young people by enabling more participatory platforms for inclusion. Francisco Ramos, responsible for international affairs and cooperation at the National Youth Council (CNJ) of Portugal, agreed that cooperation and networking are the means of bringing the local sphere closer to the global arena for youth participation—especially when it comes to the disparities between urban and rural areas—and thus legitimise a joint voice in public affairs.

Opportunities and challenges of digitalisation in democratic societies

Following this opening debate, a second workshop moderated by YRN Vice-Presidents, Grete Kesküla and Sander Delp Horn, took place to discuss the societal impacts of the technological wave in democratic processes; is it strengthening or weakening our democracies? For Silvia Vermelho, Board Member of Portuguese Institute for Youth and Sports (IPDJ), rapid digitalisation is indeed a fact we need to acknowledge, and only by finding proportional solutions to face the risks implied in this trend (e.g. the protection and integrity of data) will we be able to harness, in a reasonable manner, the full potential of technological tools for democratic participation. In her view, ethics matter a lot in this field, and the limits should be set where they are in the offline world: our freedom meets its limits when we are harming—even if unintentionally—others. 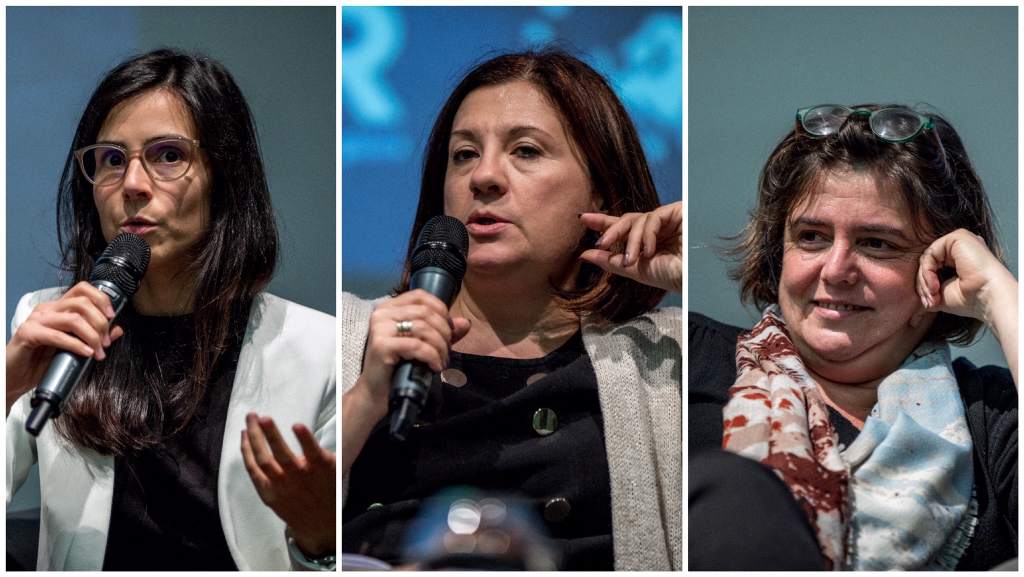 From left to right in the picture: Silvia Vermelho, Assya Kravrakova and Isabel Xavier

Assya Kravrakova, Executive Director of European Citizen Action Service (ECAS), stressed that digital democracy has not proven to ensure representativeness. Digital tools can not be more than complementary when it comes to increasing the impact of European citizens’ participation in political processes. Contrary to what many politicians believe, it can hardly be expected that technology will become the panacea to the dysfunctions derived from democratic participation processes in terms of representativeness. In this respect, Isabel Xavier, head of department for citizenship participation at Câmara Municipal de Cascais, pointed out that digital tools are, after all, simply tools for social, economic or even democratic innovation. But democracy is a political form in which the people hold power. Hence, in the current context of disaffected societies, democracy itself might become the real threat, rather than the technology, if local and regional administrations do not take action to make truth “louder” than the fake news.

Youth as a driving force to accomplish the SDGs!

The last workshop debate, in the morning of Saturday, 17 November, was dedicated to the role of youth in promoting the 2030 Sustainable Development Agenda. This session, moderated by YRN President, Gloria Vitaly, was preceded by an open slot where the YRN participants showcased good practices and initiatives from their respective regions in the implementation of the Sustainable Development Goals (SDGs).

Fernando Santomauro, learning officer of United Cities and Local Governments (UCLG), emphasised that by localising the 17 SDGs, a window of opportunity opens to demonstrate that it is in towns, cities and territories where development becomes tangible. It is therefore essential to carry out awareness raising campaigns and facilitate trainings at the very local level –particularly among young people– to create a common narrative for a successful “bottom-up” implementation of the 2030 Agenda. Soraia Carvalho, head of the environmental department at Cascais municipality, agreed that local administrations have the means to reach out to young people and accompany them in developing co-creation initiatives to meet the SDGs and thus ensure a sustainable future. 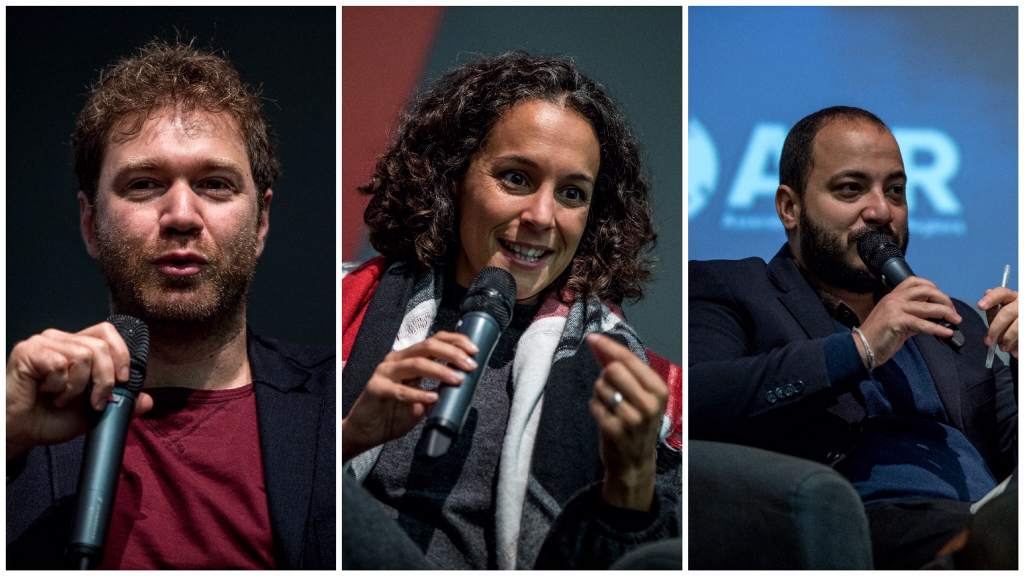 From left to right in the picture: Tullio Graziano, Soraia Carvalho, and Fernando Santomauro.

Furthermore, Tullio Graziano, Youth Cooperation Programme officer at the North-South Centre of the Council of Europe, presented the flagship initiative of the University on Youth and Development (UYD). The UYD is a partnership between the Spanish Government (INJUVE), the European Youth Forum (YFJ), the Spanish Youth Council (CJE) and other international youth organisations, aimed at encouraging the participation of young people in decision and policy making by providing training and capacity building. Youth being a driving force for social transformation, the learning modules of the UYD give special attention to heightening awareness about the fundamental role of youth in upholding the Agenda for Sustainable Development.

Good-practice sharing at the YRN Committees!

Following the workshop debates, in the afternoon of 17 November, the YRN participants met in committees to discuss in depth the proposed topics of debate, exchange good practices in line with the priorities of each thematic Committee and provide valuable inputs to the Presidium on SDG-4 on Quality Education in view of a future positioning of YRN  within the framework of the 2030 Agenda for Sustainable Development discussions.

The AER Secretariat and YRN would like to thank Cascais 2018: European Youth Capital for their hospitality in hosting the YRN 2018 Autumn Plenaries.

The minutes of the meetings will be published soon on the event page for the YRN 2018 Autumn Plenary.

Looking forward to welcoming you again at the next YRN General Assembly and Plenaries meeting in Spring 2019!