You are here: Home / Events / Glocalising the SDGs – Moving Together in the Right Direction 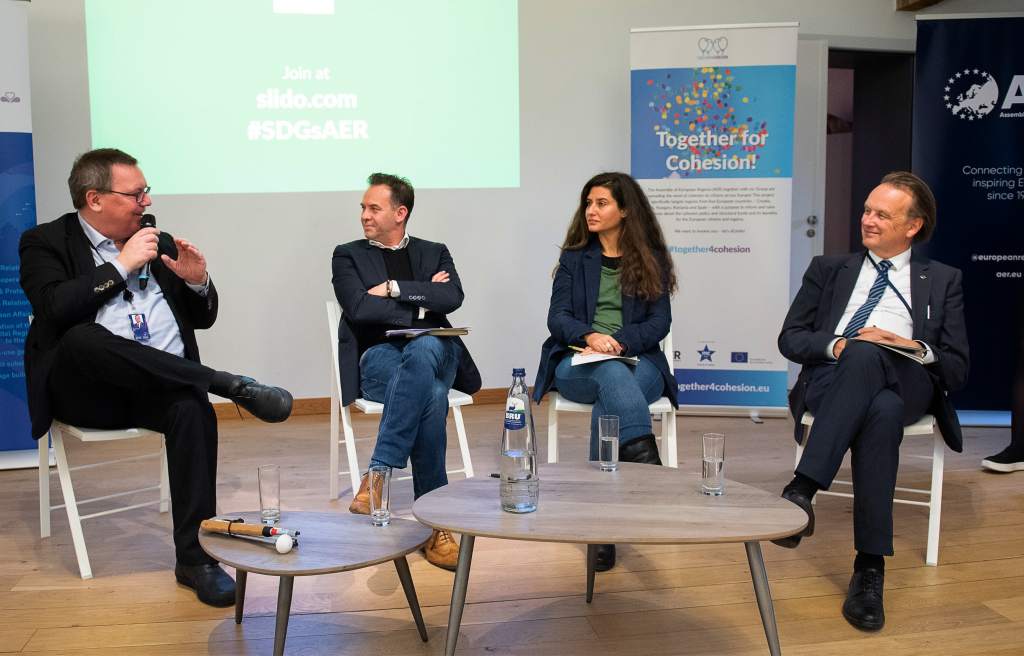 The AER Taskforce on the SDGs organised a Panel Debate entitled ‘Glocalising the Sustainable Development Goals’ in the context of the AER Autumn Bureau Meeting which took place in Brussels on 5 December 2019. The debate was moderated by AER President Magnus Berntsson, who was joined by experts from the UNDP, European Parliament, Committee of the Regions, and the European Economic and Social Committee.

The discussion kicked off with a question to the audience, asking them to reflect on what first comes to mind when they hear the phrase “Sustainable Development Goals”. The words that emerged immediately were ‘Future, Social, Climate, Environment, but the uniformity of responses did not surprise our guests. Maria Nikolopoulou – Member of the Sustainable Development Observatory of the European Economic and Social Committee – remarked that it is quite common for people to associate the SDGs with Climate Change and Environment, however, it is important to bear in mind that the SDGs framework is based on 3 main pillars: economic, social and environmental and it is, therefore, necessary to work on all of them simultaneously, otherwise there will be an imbalance.

The word cloud of responses led the debate to explore another topic embedded in the SDGs: citizens and their future. In this context, Erik Bergkvist – a former regional politician and now a Member of the European Parliament – was in a unique position to reflect on the role of Cohesion Policy in supporting regions municipalities and cities achieve the SDGs. He stressed that everything happens locally and people have to perceive that they are part of the project and they are not left behind. Concluding his remarks, he stated ‘You have a really important job to do and most of it is still undone. I am encouraged by the quotation of Oscar Wilde: We are all in the gutter, but some of us are looking at the stars’.

Following this, Juan Carlos Lopez Cecilia – Territorial Partnership Advisor at the United Nations Development Programme – further elaborated on what it means to “localise” the goals and gave advice to regions on how best to achieve this. A multi-level and multi-actor approach is needed to localise the agenda, only with the full participation of local and regional authorities will it be possible to implement the 2030 agenda.

As we approach the implementation decade, it was interesting to see one of the previous responses to the first question was ‘not reachable until 2030’. Participants were, therefore, asked to define the challenges that regions are facing in their view. Political willingness and financing immediately appeared among the biggest challenges and this was subsequently confirmed by Arnoldas Abramavicius – European Committee of the Regions Rapporteur on Sustainable Development Goals. Mr Abramavicius presented the survey launched jointly by the CoR and the OECD on the contribution of cities and regions to sustainable development. The lack of support was identified by regions as a challenge for localising SDGs and insufficient resources were also at the centre of the matter. It is not surprising that the survey’s findings coincided with the answers from the audience. To help European regions and cities overcome these challenges, all stakeholders have to find a long-term EU strategy for a sustainable Europe by 2030 and organisations such as AER have a large role to play in implementing the Sustainable Development Goals. Maria Nikolopoulou stressed the importance of having different voices from different levels push from the bottom to implement the SDGs.

Because regions need to be more vocal on SDGs, AER has decided to organise a profile-raising conference ‘Agenda 2030: Transforming Regions, Changing the World’ which will take place at the European Parliament in Strasbourg, Région Grand Est, in June 2020.

All the panellists agreed on the importance of the regions and the necessity of taking a holistic approach to implementing the goals. Inspirational metaphors came from both Maria Nikolopoulou and Eva Hallström, a strong advocate for the SDGs within the AER network. The former linked the SDGs to a Rubik’s cube: you have many pieces connected together and you can only manage to solve it if you have a strategy, you have to move the pieces in coordination without trying to fix just one part but the cube as a whole. The latter, Eva Halstrom, added that we need to use the SDGs like a pair of glasses, or as a lens, through which we see and elaborate our regional development strategies.

The debate confirmed the AER member regions’ commitment to implementing the 2030 agenda and AER invites all its members to take action together and cooperate for a more sustainable Europe. 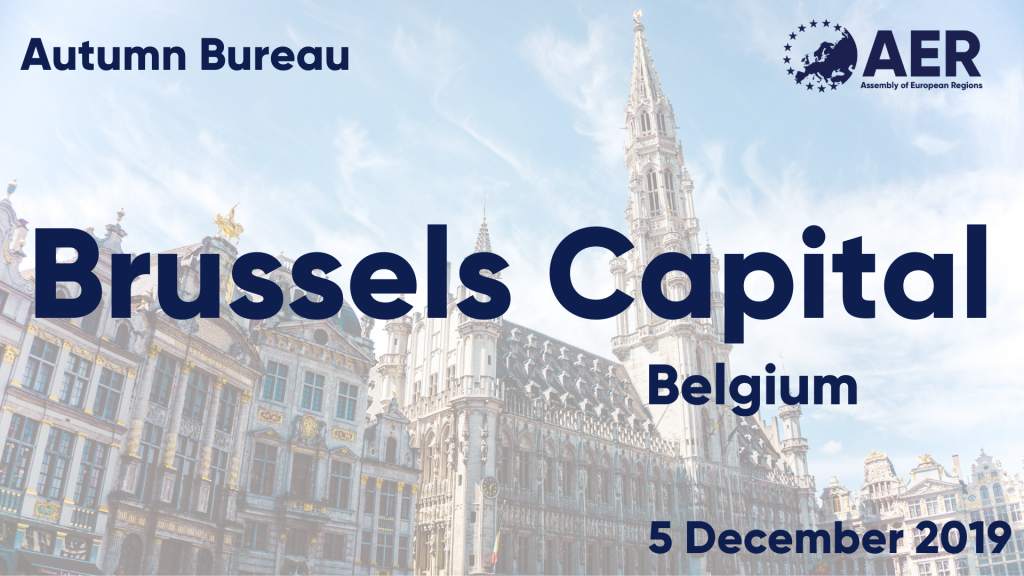 The Autumn edition of the twice-annual AER Bureau Meeting took place in Brussels on 5 December 2019, hosted by the ...
Read More 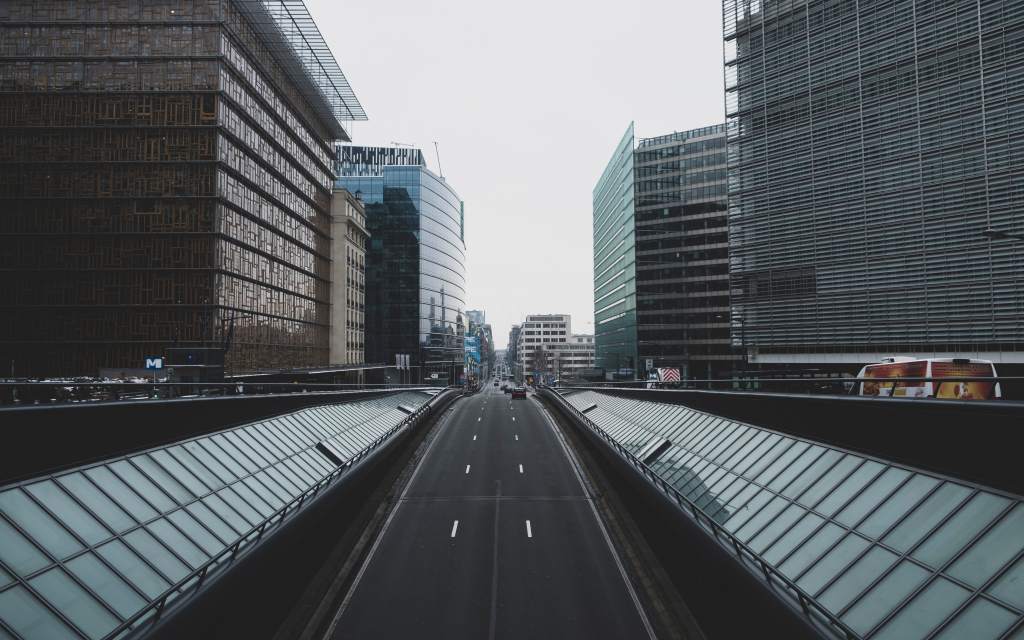 Bureau signs off on Political Priorities 2020-2025

During the Autumn 2019 Bureau Meeting that took place on 5 December in Brussels (BE), Bureau members adopted AER Political ...
Read More 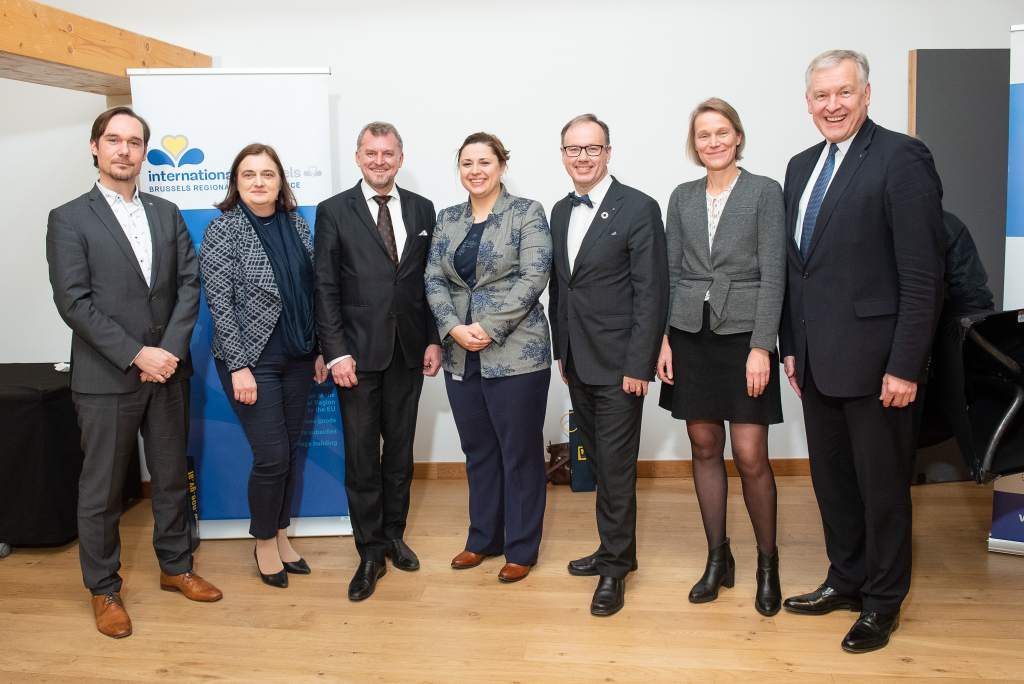 Debating the Role of Regions in the Digital Era

During the AER Bureau Meeting which took place in Brussels on 5 December 2019, the AER Taskforce on Digitalisation hosted ...
Read More

Glocalising the SDGs – Moving Together in the Right Direction

The AER Taskforce on the SDGs organised a Panel Debate entitled ‘Glocalising the Sustainable Development Goals’ in the context of ...
Read More 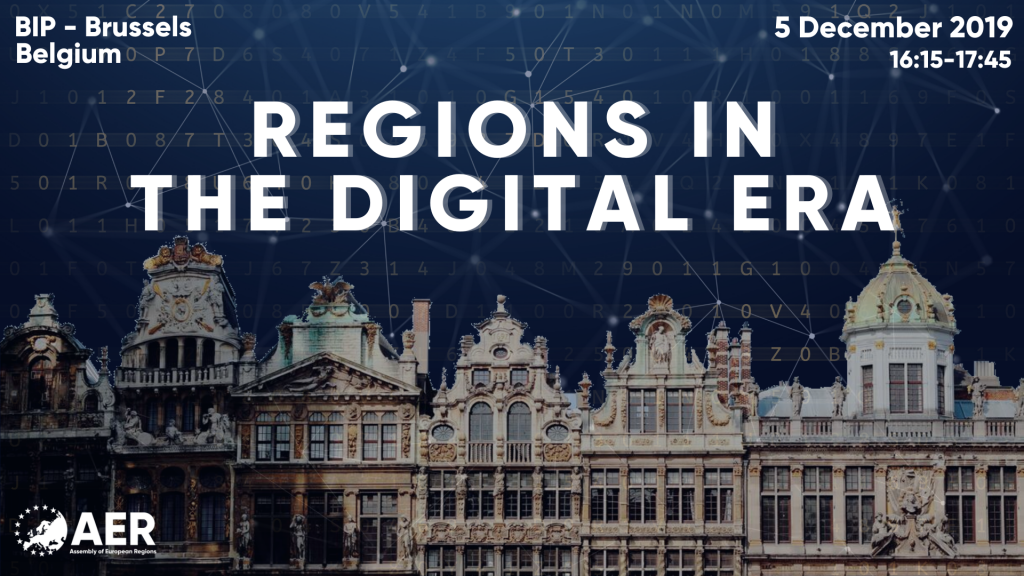 Regions in the Digital Era

The Assembly of European Regions will host a debate focused on the topic of Digitalisation on the 5th of December ...
Read More 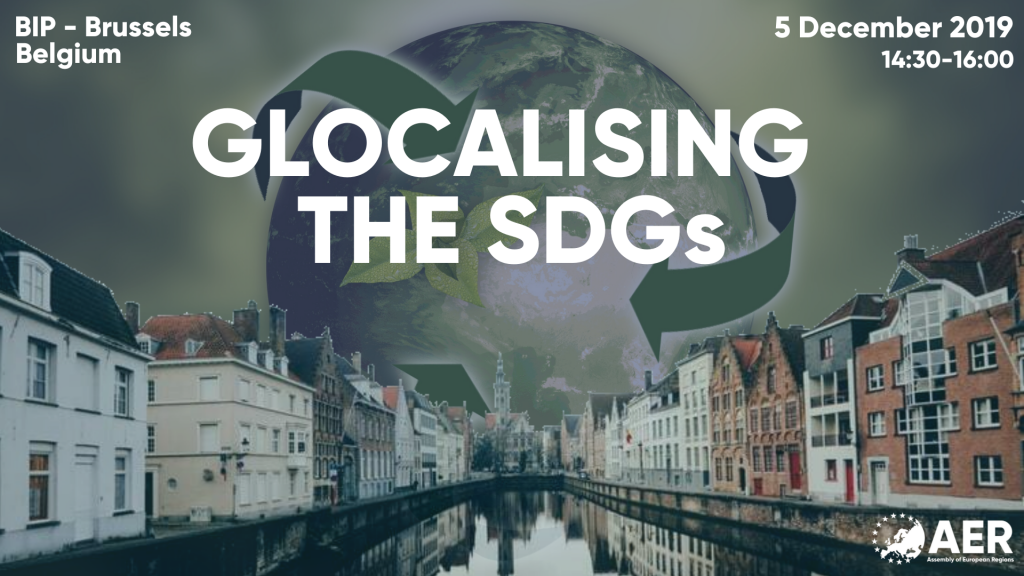 The AER debate on Glocalising the Sustainable Development Goals will take place in Brussels on 5 December from 14.30-16.00. As ...
Read More