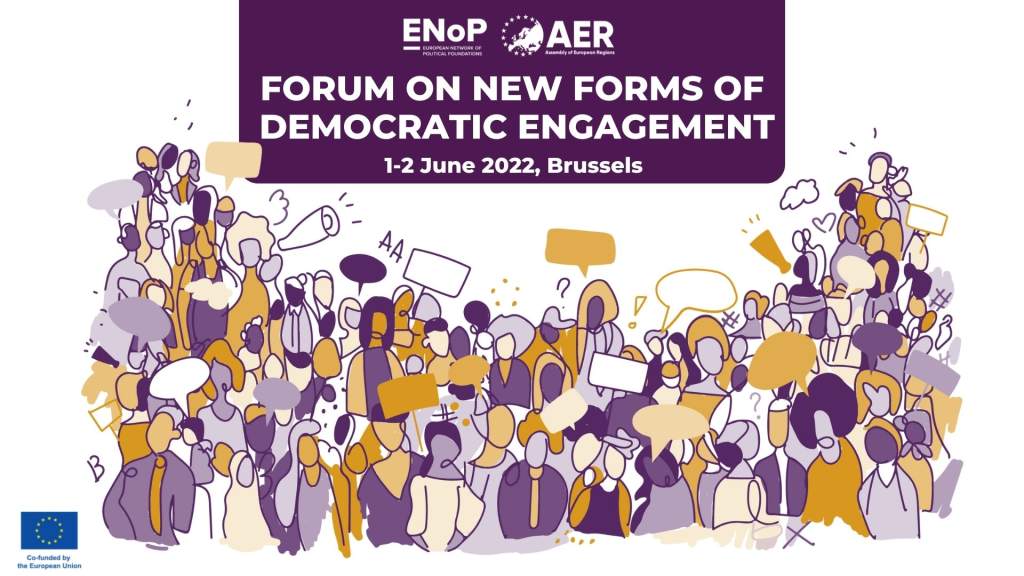 How to actively involve citizens in policy development in order to regain political trust and add legitimacy to political decisions?

On 1-2 June 2022, in Comet Meeting-Louise, and Online, the Assembly of European Regions (AER) and the European Network of Political Foundations (ENoP) will co-organise a Forum dedicated primarily to innovative and more participatory forms of democratic engagement.

A new form of politics is gaining steam. Providing an alternative to traditional representative routes, citizen assemblies and other forms of deliberative democracy try to help governments through discussing and developing recommendations on needed steps to safeguard a healthy and stable world. Practical examples on direct involvement of citizens in democratic processes enable an open discussion on particular policy challenges and giving recommendations to elected governments. Involved citizens are randomly selected to reflect the demographic diversity of the population. The process is typically facilitated by an independent and apolitical organisation, which brings in experts across a wide range of disciplines, as well as competing interest groups and the voices of those personally affected by the issue in question. Building up on this, ENoP and AER are initiating a project that would capitalise on successful examples and good practices, while at the same time discussing the full potential and future of such direct involvement of citizens in democratic processes.

How the project is built?

The first part of the project consists of a 1.5-day forum where different examples and experiences of citizen assemblies from different country contexts are presented, aiming to:

Following the forum, a series of studies will be compiled, based on the following criteria:

More speakers are to be confirmed so stay tune!

Check out the Programme HERE