You are here: Home / News / European Committee of the Regions and Congress of Local and Regional Authorities of the Council of Europe celebrate 25th Anniversary 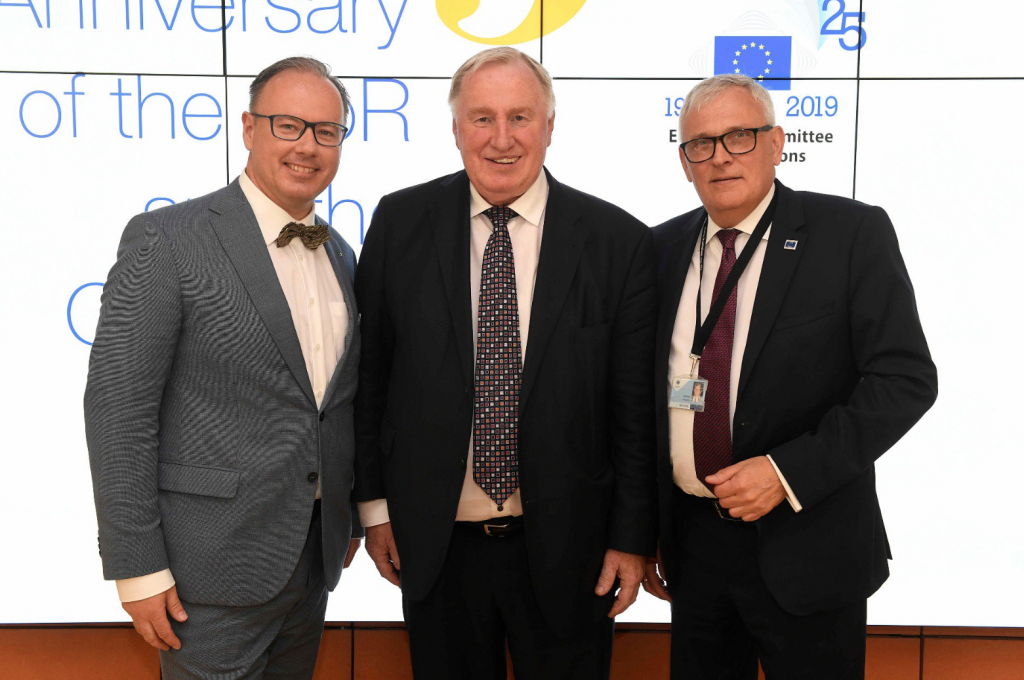 On 27 June, AER marked the 25th Anniversary of the European Committee of the Regions and Congress of Local and Regional Authorities of the Council of Europe.

The theme of this joint anniversary event was “The Added Value of Local and Regional Authorities in the Unification of Europe”. The event provided an opportunity to discuss the state of local and regional democracy in Europe and showcase the synergies between the work of the two institutions to further strengthen local self-government and regional democracy.

Karl-Heinz Lambertz referred to the need of a proper and proactive application of the principle of subsidiarity so the EU is able to deliver on the issues that really matter to people. The President of the Committee of the Regions also talked about the ​Division of Powers tool, which provides an overview of levels of institutional and fiscal decentralisation in all EU, candidate and Eastern Partnership countries.

Anders Knape emphasised the importance of decentralisation as an indispensable requirement of modern democracy, noting that local and regional governments are essential to tackle local, regional, national and global challenges.

In his intervention, Magnus Berntsson highlighted the fruitful cooperation between AER and the two institutions. The President of AER stressed that local and regional authorities are instrumental in the delivery of policies that meet people’s needs and in channelling citizens’ voices. Therefore, their role in the policy-making and implementation must be strengthened, through the sound application of the principles of subsidiarity and multi-level governance. This is about reinvigorating democracy and will be vital to the resurgence in trust in public institutions, said Magnus Berntsson.