You are here: Home / News / ESI Funds beyond 2020 – Together4Cohesion Event in Varazdin 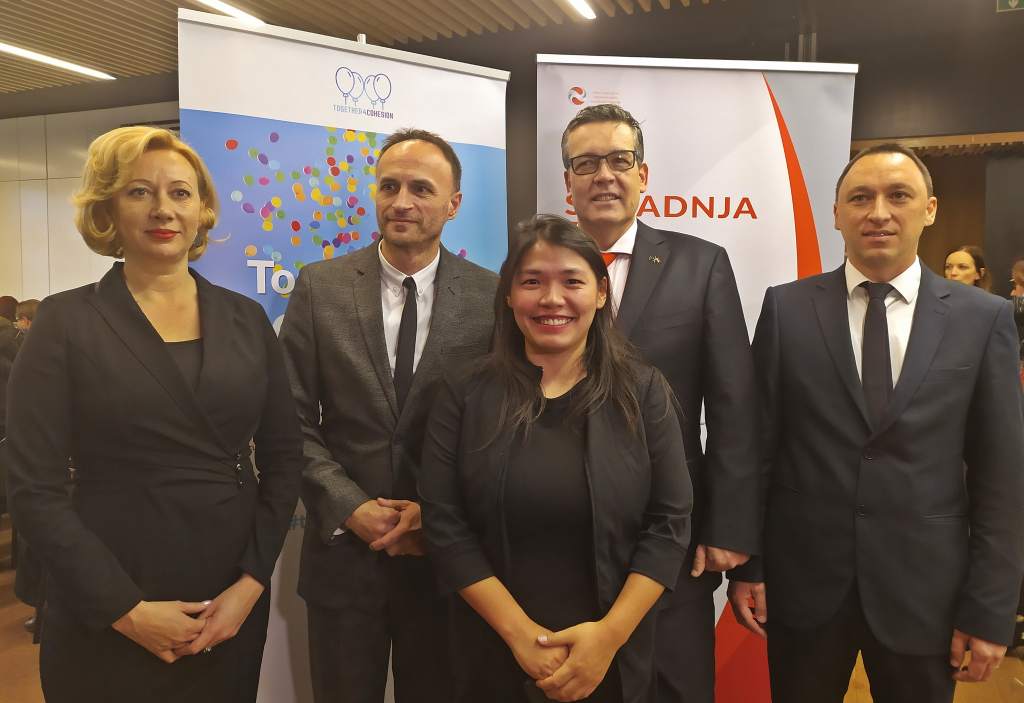 On 13 February 2020, AER member region Varazdin (HR) hosted an event in the context of the Together4Cohesion Project called “ESI Funds beyond 2020”. Speakers included Daniel Pejic from the Ministry of Regional Development & European Funds; Jaska Pulijz from the Institute for Development & International Relations, Michiel Rijsberman, Regional Minister from Flevoland & Chair of the AER Task Force on Cohesion Policy; and Tina Wu, Member Relations of the Assembly of European Regions.

The event was attended by over 60 stakeholders from not only the public & private sectors from Varazdin county but also other regions in Croatia, Austria and Slovenia.

This very timely event coincided with debates on the future budget, taking place in the European Parliament in Strasbourg. Indeed, the President of the European Parliament (EP), Mr David Sassoli has reaffirmed that the EP is opposed to a reduction of the cohesion policy budget and that a sufficient budget is key to achieving common ambitions and a tool for Europe’s future. Ahead of special summit on 20 February, the EP’s negotiating team has again expressed their objections to Charles Michel’s proposal.

As cohesion policy is the main European investment policy to reduce territorial disparities and deliver a fairer Europe, the Assembly of European regions would like to reemphasize the necessity of (i) allocating eough funding for cohesion policy (at least 1/3) (ii) respecting the principles of partnership and multilevel governance and (iii) swiftly concluding the negotiations on the new MFF

The event commenced with opening speeches by Mr Tomislav Paljak, the Deputy Prefect of Varazdin, Mr Krunoslav Blazi, director of Public Institution for Regional Development of Varazdin County and Mr Michiel Rijsberman on behalf of AER.

Following the opening, Mr Daniel Pejic from the Ministry of Regional Development and European Funds introduced and shared proposed reforms for the next programming period, such as the reduction of administrative burden and reduction of thematic objectives from 11 to 5, and faster implementation time.

Mr Jaska Pulijz from the Institute for Development & International Relations further delved into how Cohesion Policy funds were used in Croatia, the financial impacts, and challenges that were faced in the 2014-2020 programming period.

Following the Croatian experience, Mr Michiel Rijsberman delved and provided the experience from the Netherlands. He emphasized that the Netherlands has a regional office in Brussels, which allows all the Dutch provinces to receive the most up to date information. Ms Tina Wu then followed by how regions can use networks such as AER to make their voice heard.

The speeches were followed by a panel Q&A and interaction with the audience.