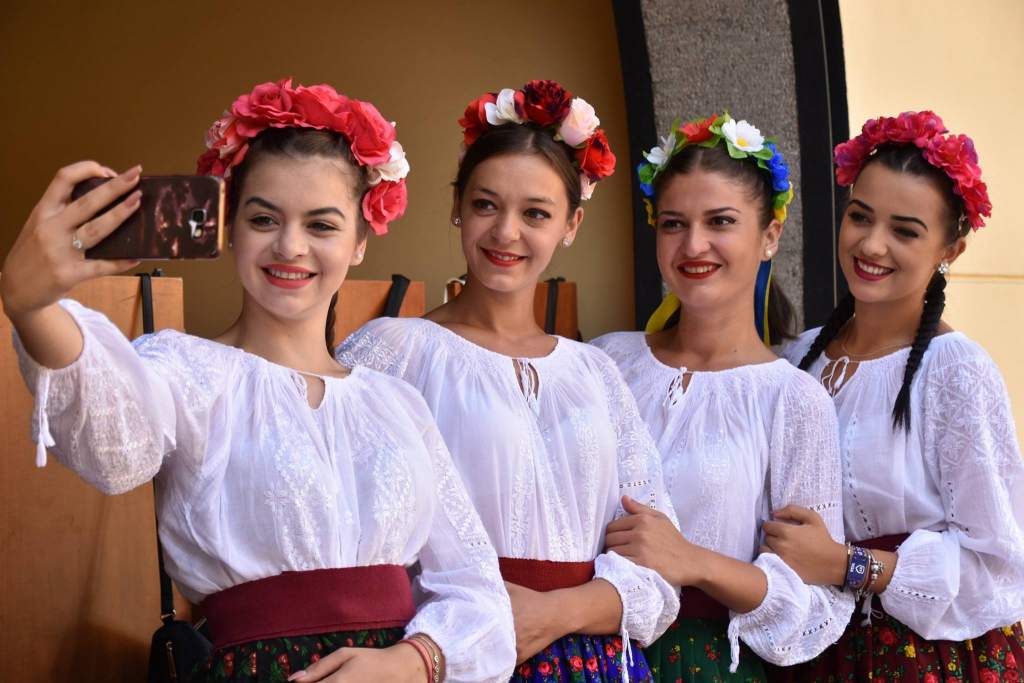 Over the course of five days regional politicians, officers and youth representatives from the AER member regions gathered together for the 2018 AER Summer Academy in Maramures (RO). The opening ceremony on the morning of 7 August was followed by the first of three plenary sessions spread over the week, in which experts and professionals working in this domain provided revealing insights into the question on what is at stake –from a regional perspective– for cultural heritage in Europe.

The first session was on the topic of ‘EU cultural policies and funding programmes’ and how they serve in protecting and promoting cultural heritage. Virgil Ș. Nițulescu, from the Ministry of Culture and National Identity in Romania outlined the evolution of cultural policies at the national and EU levels. A point he stressed was that even before any steps were taken to establish cultural policies in legislation, countries in fact already had cultural policies even though they may not have been set down in writing. The principal entity advocating for cultural policy was the Council of Europe who, through the ‘European Cultural Convention’ of 1954, urges each contracting party to take appropriate measures with a view to developing a common cultural heritage in Europe. As a result, in 1985  its flagship programme ‘European Programme of National Cultural Policy reviews’ was launched to assess the state of the cultural policies of each member state. Finally, Mr. Nițulescu emphasised the significant role that creative industries play in the global economy, being amongst the fastest growing sectors in the world and generating considerable amount of revenues and jobs; especially among youth aged 15-29.

The second half of the session was conducted by Steliana Cojocariu from the Romanian Ministry of Tourism who explained her department’s involvement in the Council of Europe’s ‘Cultural Routes’; a programme which was initiated in 1987. To date, it has over 30 routes connecting different countries covering a range of different themes from architecture and religion to gastronomy as well as providing revealing figures on European music, literature and art. The Cultural Routes are an invitation to travel and discover the rich and diverse cultural heritage of Europe creating a network that brings people and places from different countries and cultures together.

The end of the session, reserved for questions from the audience, boosted some interesting discussions. For instance, the scope of cultural promotion was raised as a means of battling xenophobia and racism by promoting inclusiveness. 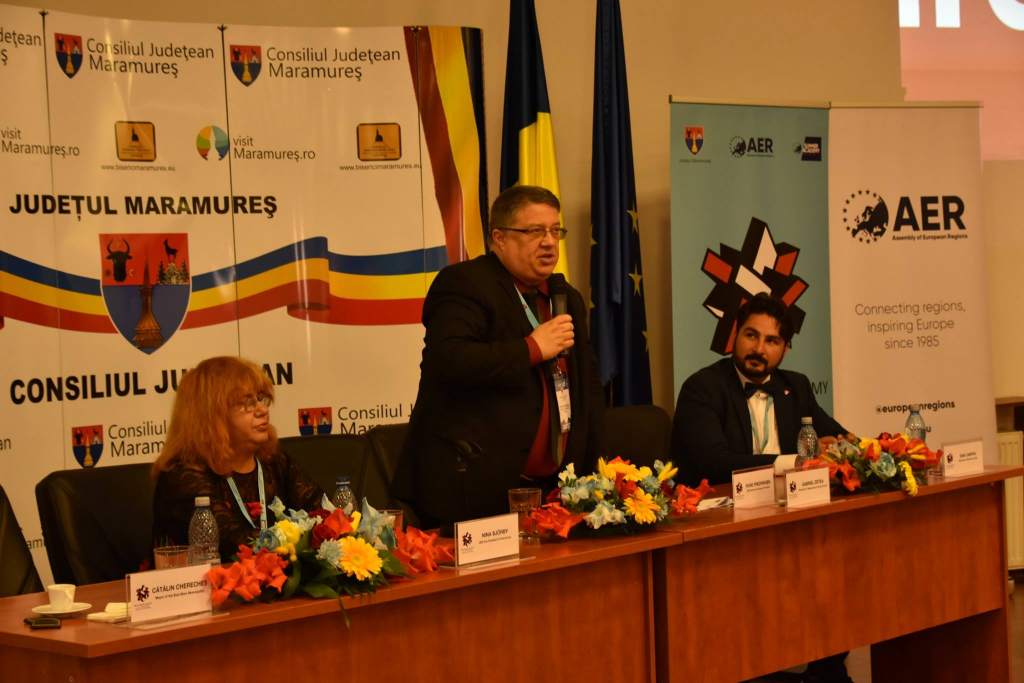 Relevance of Culture and Creativity for Youth

The second plenary session focused on the relevance of culture and creativity for youth, underscoring the role of youth in preserving Cultural Heritage. Ramona Culda –from the National Board of Employers and SMEs in Romania– presented ‘Creative START’, a 4-year project kicking off this year. Its aim is to actively support small and emerging businesses in the creative industries started by youth in the North West region of Romania. In total, 600 people from the region out of which 50% are women, will benefit from training courses focusing on the development of entrepreneurial competences. 75 of these will then receive a grant to start their own business as well as support for the first two years of implementation. The project can be very valuable to young people who are in the creative industries as they are instructed in creating and implementing a business plan.

Ion Georgescu, co-founder of the Comana Paper Mill Association (Moara de Hârtie, RO), explained how his association –dedicated to book-related crafts: handmade paper, letterpress printing and bookbinding– was established in 2011. In 2016, other traditional crafts were added through the Comana Crafts Village, a space designed to revive, preserve and transmit the Romanian crafts. Ion Georgescu described it as a “social economy initiative” – even though it is not formally classified as such– as the project has created jobs for people in the village who would have no other way of getting a formal job. Through crafts they have helped communities complement their income. Their work also targets the younger generation. 80% of what they do is about working with children by organising workshops for school groups. Despite crafts being part of the local cultural heritage, Ion raised concerns about the fact that if young people are not trained in this, crafts will eventually disappear. To Ion, crafts is very much about preserving identity. 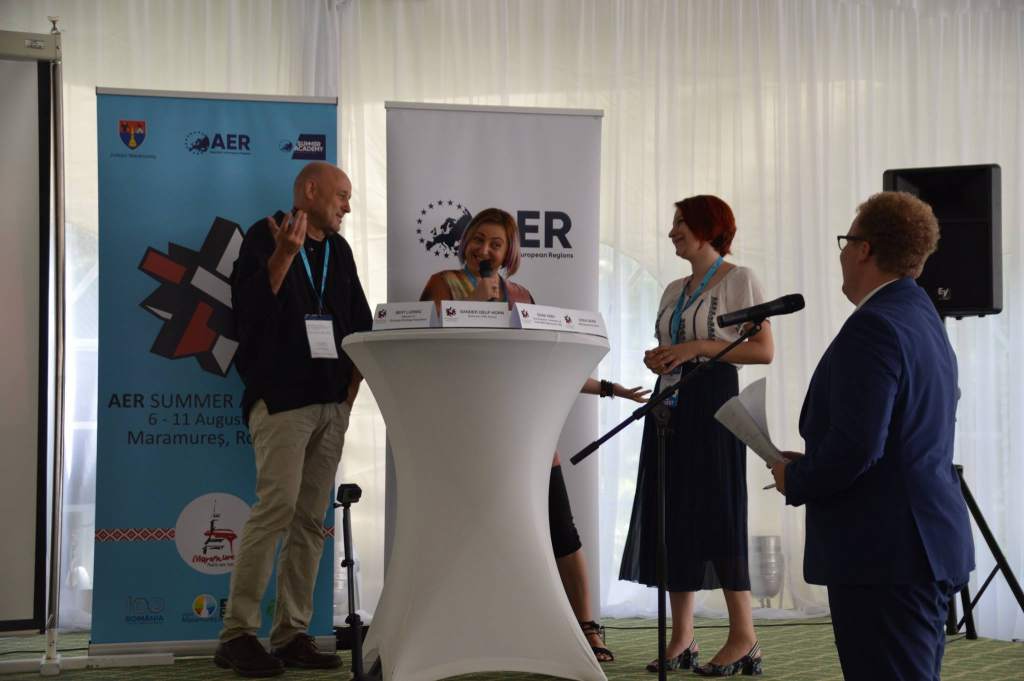 Bert Ludwig, Director of European Heritage Volunteers, talked about cultural heritage through his professional experience running the European Heritage Volunteers projects. Created in Germany in 1992, they work mainly in rural areas with a hands-on approach. The idea is to get people directly involved in cultural heritage initiatives; to “infect people with the virus of heritage as it is through involvement that we build a connection and respect for culture”. In addition to this, volunteers can acquire skills and the know-how which is being transferred from the older generation, establishing an inter-generational dialogue.

Dora David, ESN (Erasmus Student Network) National Representative of Romania, and Diana Sabo, Vice-President of the Federation of Youth NGOs in Maramures, talked about the importance of cultural heritage both for individuals’ identity but also in terms of a “collective good”. Dora David explained that a significant part of what the ESN does is to get the students involved in local society. They do this by organising different activities which allow the students to discover the local culture as well as exchanging one another’s cultural knowledge. For Diana Sabo, “what connects us as a community is our cultural heritage which includes the values we obtain from education”. In her view, “learning about cultural heritage improves our understanding of the context we grew up in: it is our past, present and future. And it is by respecting our own heritage that we can also value others’ “.

The last plenary session, which took place on Friday 10 August, looked at cultural heritage as a tool for increasing regional attractiveness while also discussing the need for its sustainable use. Culture heritage holds a well-known economic potential, for instance, in the tourism sector but it is also an agent in the transmission of expertise, skills and knowledge between generations. The EU envisages it as a fragile wealth that needs to be preserved and passed on to future generations. And although cultural heritage can include intangible elements, it is important in giving value and a sense of identity to a region, helping to build its future. The challenge becomes for regions to find their own identity and cultural heritage and valorise it. 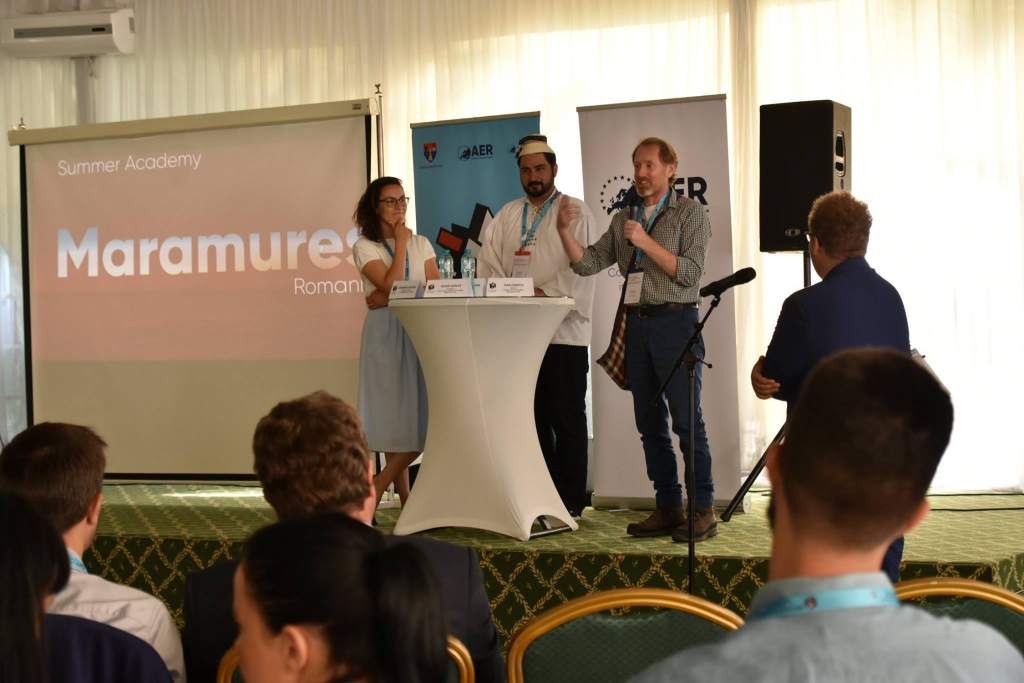 In this regard, Anamaria Diaconu, National Institute for Cultural Research and Training, presented some facts and figures from a mapping on cultural consumption in various regions at the national level. This has enabled an evaluation of the cultural situation at the national and regional levels allowing for a comparison between areas and raising issues for improvement. What the statistics evidenced was the low levels of participation in cultural heritage sites, including low perceptions of the benefits that cultural heritage can bring in terms of tourism development, economic benefits and other spillover effects.