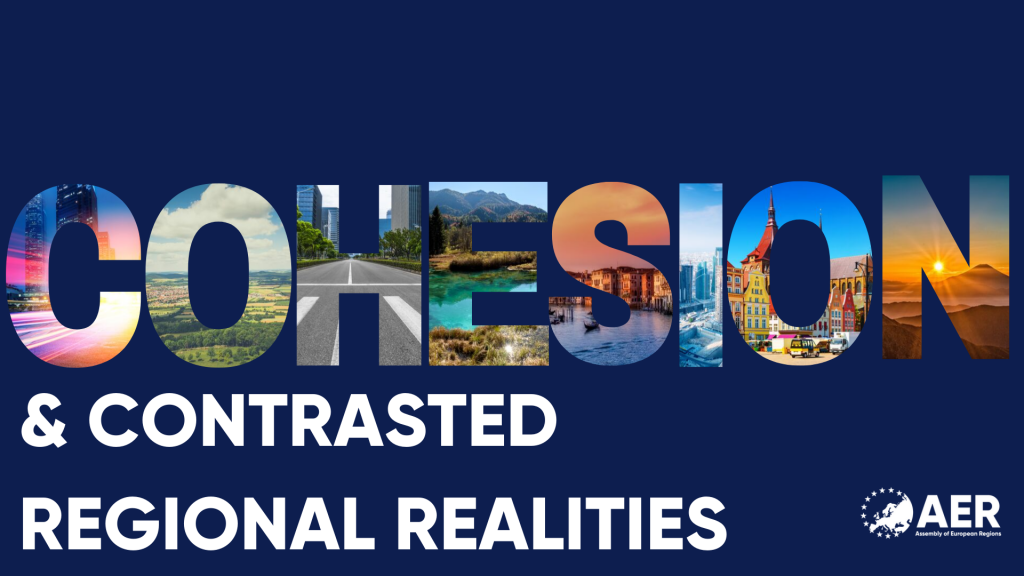 On Tuesday 24 September at the AER Autumn Committee Plenaries in Podčetrtek, Slovenia, approximately one hundred elected representatives and civil servants came together to discuss regional realities of cohesion across the European continent.

Not only can disparities within regions hamper sustainable regional development, but they also generate tensions and tough decisions between, for instance, innovation, on the one hand, and equal provision of services, on the other.

Using a framework derived from the Sustainable Development Goals, the conference examined the situation using GOAL 3 (Good Health and Well-being), GOAL 6 (Clean Water and Sanitation), GOAL 9 (Industry, Innovation and Infrastructure) and GOAL 10 (Reducing inequality within and among countries) as indicators of equalities and inequalities in the regions of Europe.

Speaking at the opening of the conference, Alessandra Zedda, AER Vice President, Regional Chancellor for Labour, Sardinia (IT) welcomed participants on behalf of the AER Executive Board and emphasised the vital role played by cohesion policy and AER’s role in the Cohesion Alliance.

A discussion panel with perspectives from Europe, east and west, subsequently delved further into the debate, shedding light on the situation in two EU member states in particular, Slovenia and Ireland. The discussion panel was moderated by Johanna Pacevicius, AER Coordinator for Policy & Knowledge Transfer.

Lilijana Madjar, President of the Development Council of Zahodna (West) Slovenija made clear that there are major differences in the level of development within West Slovenia, let alone between regions and EU member states.

Her presentation showed that there are numerous and diverse development challenges and needs within West Slovenia and that the development of Slovenian regions largely or almost exclusively relies on European Structural Funds and Cohesion Funds.

Ivan Žagar, President of the Development Council of Vzhodna (East) Slovenija echoed these sentiments saying that there are indeed significant differences in the levels of development within Slovenian regions. He went on to say that the real challenge is that these differences are still increasing today.

He elaborated that one of the major obstacles to improving regional development outcomes in Slovenia is the lack of regions with political and financial competencies.

Furthermore, emigration is a subject of major significance for Slovenian regions. He stated;

If we want to change regional development in a positive direction we must make our regions more attractive and offer better jobs and opportunities. That is why we are support a stronger future cohesion policy.

Ronan Mac Con Iomaire, Director of Community Development and Language, Udarás na Gaeltachta, the authority for Irish-speaking areas in the Republic of Ireland weighed in. He reported that there are more contrasted realities than cohesion within the Gaeltachtaí.

He recognises the diversity of the regions and Europe saying;

At Udarás na Gaeltachta, the strategy is to create area-specific projects, cultivate a shared culture, and align the community with this strategy. Recognising that there is no “top-down” nor a “one size fits all” solution, Mr Mac Con Iomaire stated that

Despite varied experiences and indeed, realities, in the regions the speakers represent, it was agreed that a holistic approach to regional development is necessary.

As with the Sustainable Development Goals, a ‘this or that’ approach to regional development risks leaving some areas, groups or individuals behind. Instead, growth must be measured not only in economic terms but also socially, societally and according to its sustainability.

Place-based strategies, participatory approaches and multilevel governance are key elements that help foster regional growth and development. Examples such as the Slovenian regions or Gaeltacht areas, go to show what can be achieved when there are political will and people-power to bring about change.

International cooperation, such as in networks like AER, provides opportunities for mutual learning among regions. This conference being just one example of this.