You are here: Home / Archives for Events / Member events

You will find below all events (past and future) organised by AER member regions. 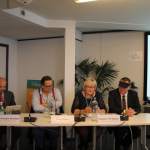 In the framework of the European Week of Regions and Cities, the Northern Sparsely Populated Areas (with regions from northern Sweden, Norway and Finland) and the Highlands and Islands of Scotland organised the workshop "Renaissance for Remote Rurban Regions through Research". The well balanced panellists offered viewpoints from the European, national and regional level as well … END_OF_DOCUMENT_TOKEN_TO_BE_REPLACED 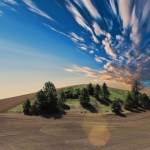 The Northern Sparsely Populated Areas (NSPA) invite you to a workshop organised with the OECD in the framework of the European Week of Regions and Cities. The debate, titled "Renaissance for Remote Rurban Regions through Research - the Case of Less Urban Areas in the North", is hosted by Scotland Europa at Scotland House, Rond-Point Schuman 6, 1040 Brussels, on 11 October 2016 … END_OF_DOCUMENT_TOKEN_TO_BE_REPLACED 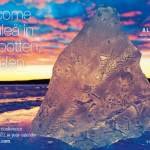 The Swedish region of Norrbotten is organising for the 5th consecutive year, the Arctic Light e-Health Conference 2017. ALEC is a captivating event uniting digital health professionals from across the globe in the arctic region of Norrbotten for two days of inspiration, networking and skill development. The event is hosted by the President of AER Committee 2, Ms Agneta … END_OF_DOCUMENT_TOKEN_TO_BE_REPLACED 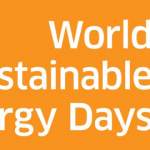 The World Sustainable Energy Days (WSED) is a worldwide event that has grown over the past 20 years into one of the largest conferences on energy efficiency and renewable energy, becoming an important opportunity to actively contribute to raise awareness in these fields. As a platform to bring expertise, inform about technologies, policies and markets, give an update on trends … END_OF_DOCUMENT_TOKEN_TO_BE_REPLACED 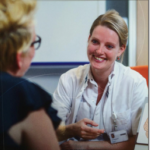 AER and the Province of Gelderland (NL) joined their effort in launching a project development initiative for AER regions in order to share experiences and work together on centered health care. On 18th-20th May, a motivated group of participants among which AER Secretariat, Norrbotten, Jönköping, Värmland (SE), Kleve (DE) and Western Islands (Scotland) had a fruitful … END_OF_DOCUMENT_TOKEN_TO_BE_REPLACED 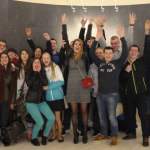 AER would like to share the invitation from the Abruzzo region (IT) to take part in the final conference of the project: "yBBregions - Youth and Brussels-based", which will be held at the premises of the Abruzzo region in Brussels from 9.00 on 16th June 2016. The yBBregions project offered 80 young people coming from Abruzzo and three other regions (Dubrovnik-Neretva … END_OF_DOCUMENT_TOKEN_TO_BE_REPLACED 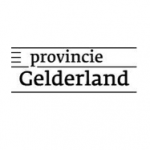 Demographic, societal and technological developments call for a fundamentally new approach to healthcare. The complexity of care is increasing and the number of healthcare professionals is decreasing. The increase in patients with multiple chronic diseases leads to uncontrollable costs, and good quality of care cannot be guaranteed for future generations. The Foundation … END_OF_DOCUMENT_TOKEN_TO_BE_REPLACED 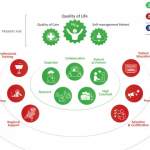 The province of Gelderland (NL) is glad to invite all regions that have experience with projects on chronic diseases or that are willing to implement a broader strategy in this field, to a two-day working meeting with AER in close cooperation with Radboud University in the city of Nijmegen. We invite members with health work background, as well as public servants, health … END_OF_DOCUMENT_TOKEN_TO_BE_REPLACED 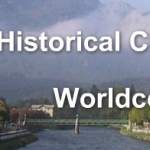 Austria, 5-10 June 2016 Our member region Vienna (AT) will host the kick-off meeting of the important 15th World Conference of Historical Cities and invites the AER member regions to join the conference which will focus on "Smart, innovative, creative historical cities of the future" with lectures, workshops and discussion. The main part of the conference is planned to be … END_OF_DOCUMENT_TOKEN_TO_BE_REPLACED 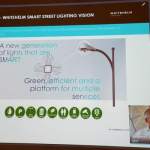 Nordland County Council is working on a strategy on urban and regional development. The strategy will constitute a conceptual and integrated basis for the organisation of effective urban policies in small and medium-sized cities in the Nordic peripheral context that can contribute to the promotion of urban and regional development and how the region can benefit from learning … END_OF_DOCUMENT_TOKEN_TO_BE_REPLACED 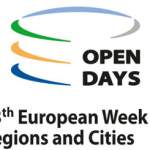 13 October, 11.00, Espace Monte Paschi (avenue d'Auderghem 22-28, 1040 Brussels) The aim of the event is on the one hand to identify the reasons for the high youth unemployment rate and subsequently juxtapose regions from both ends of the spectrum in order to exchange ideas and best practices in the attempt to tackle youth unemployment successfully and mutually compare … END_OF_DOCUMENT_TOKEN_TO_BE_REPLACED 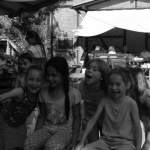 In the Cultural Centre of Mordovia Republic in Děčín, Czech Republic, the international non-governmental organisation “Perspective Elbe-Labe” will be represented. A focus of the organisation is on the further development of artistic skills of people working and living in the Elbe-Labe region, to promote artistic achievement. The objective is to give local people a space … END_OF_DOCUMENT_TOKEN_TO_BE_REPLACED 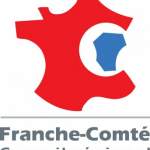 Is your region a leader on the Eco-conditionality of financial support? Do you have good practices to share in this field? Eco-conditionality of financial support consists in granting funds in exchange for respect of good environmental practices. It is particularly relevant in the framework of the protection of environment, a major stake in the XXIst century. In the … END_OF_DOCUMENT_TOKEN_TO_BE_REPLACED 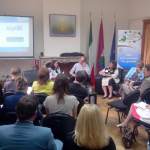 At the occasion of the 2014 edition of the European Sustainable Energy Week, AER and the Québec General Delegation to the EU jointly organised a roundtable debate to discuss which policy should be put in place to create a flourishing green energy sector benefiting to both citizens and entrepreneurs. Regions have a key role to play in boosting sustainable development: … END_OF_DOCUMENT_TOKEN_TO_BE_REPLACED

Building on the strong partnership formed by the regions of the Regions4GreenGrowth INTERREG IVC project, the AER Working Group on Energy and Climate Change met with the members of this successful initiative, as well as EURISY, in Lyon (FR) in order to discuss with the potential opportunities for future cooperation in the field of Renewable Energy and Energy Efficiency, and the … END_OF_DOCUMENT_TOKEN_TO_BE_REPLACED