You are here: Home / Featured / AER President speaks at the UN climate conference on behalf of the world’s regions and municipalities 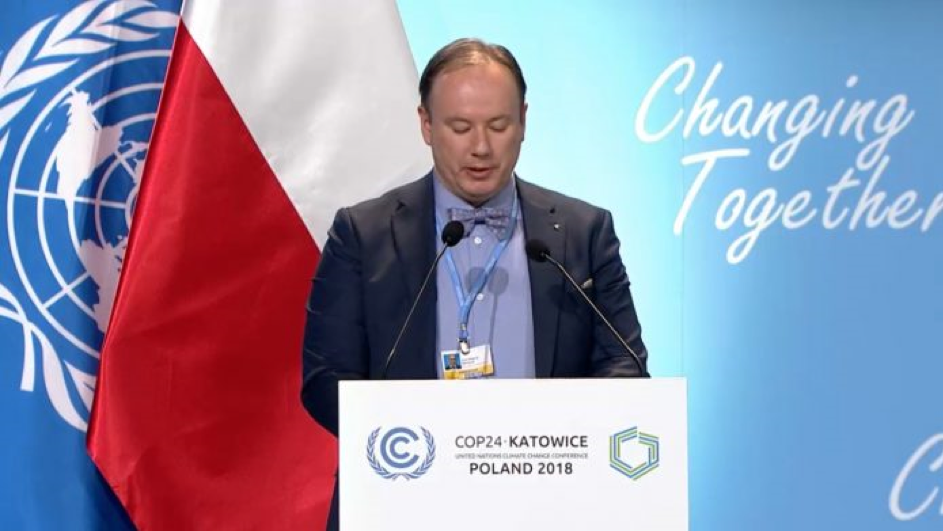 AER was present at this year’s UN climate meeting, which took place in Katowice, Poland. The highlight of AER’s involvement was when AER President Magnus Berntsson spoke at the high-level segment 12 December on behalf of all the regions and municipalities of the world.

AER has been building a strong voice on how regional climate action can advance global climate goals, convening the engagement of its member regions with the international development policy processes, notably the climate change agenda and its Conferences held in the frame of the United Nations Framework Convention on Climate Change (UNFCCC).

Stretching from the 3 of December to 12 of December, this year’s Conference of Parties (COP) is expected to have gathered around 30 000 participants, among them environment and climate ministers from around 196 countries. COP24 Katowice is viewed as one of the most important COPs since COP21 in Paris, 2015, when the Paris agreement was adopted. On the agenda for this meeting was an attempt to adopt a rulebook for the Paris agreement.

A week of many meetings

During these weeks there are many meetings taking place, both in connection to the negotiations but also as side-events. As one of the largest independent regional networks in Europe AER was invited to speak at many venues.

The highlight of AER’s involvement at COP being AER President, Magnus Berntsson’s, speech at the high-level segment of COP24. In his speech emphasised that regions play an important role in implementing the climate goals, arguing that it is on the local and regional level that the practical work on climate action is taking place. By cooperating with other regions, through networks such as AER, the voice of subnational actors become stronger and national and international levels must listen.

Besides speaking at the high-level segment Magnus Berntsson had week full of meetings and conferences. On 10 December he participated at the ICLEI Local and Regional Leaders meeting, named “Accelerating transitions to delivery of the Paris Agreement through multilevel Climate Action.” 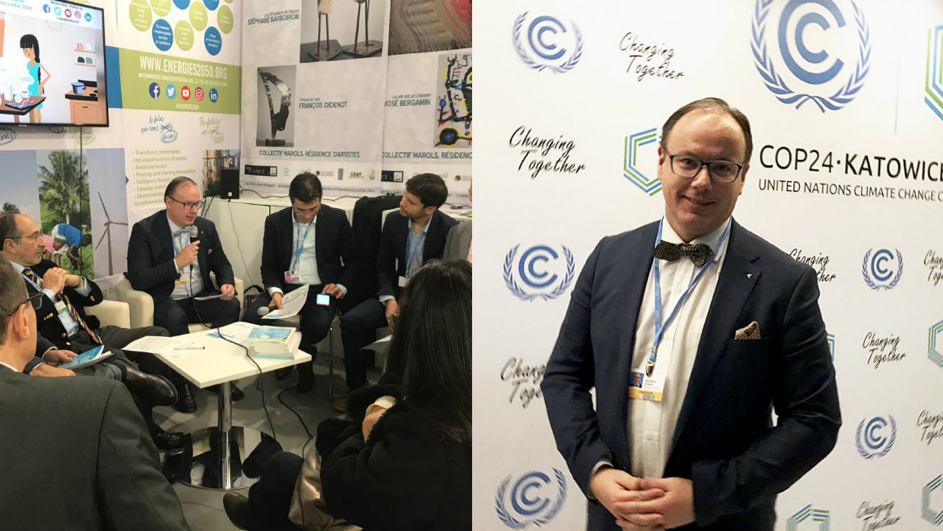 On 11 December Magnus Berntsson held the key note speech at the Union for Mediterranean on “The involvement of sub-national Euro-Mediterranean governments”. During his key note speech Magnus talked about the importance of creating partnerships with actors from both the public and the private sector as well as the civil society. He exemplified with Region Västra Götaland climate strategy developed in broad cooperation with stakeholders from all over the region.

Followed by participating in a panel on the World Climate Summit- The investment COP ‘Creating the Right Policy Environment for Deployment of Innovations & Business-Driven Solutions’. During this session Magnus Berntsson highlighted that the public sector plays an important role in providing the right policy framework that will enable society’s transition to a low carbon economy.

He also paid a visit to the Austrian pavilion on the 13 of December, where he spoke on mitigation and adaption of climate change as well as the work of R20 – Regions of Climate Action. 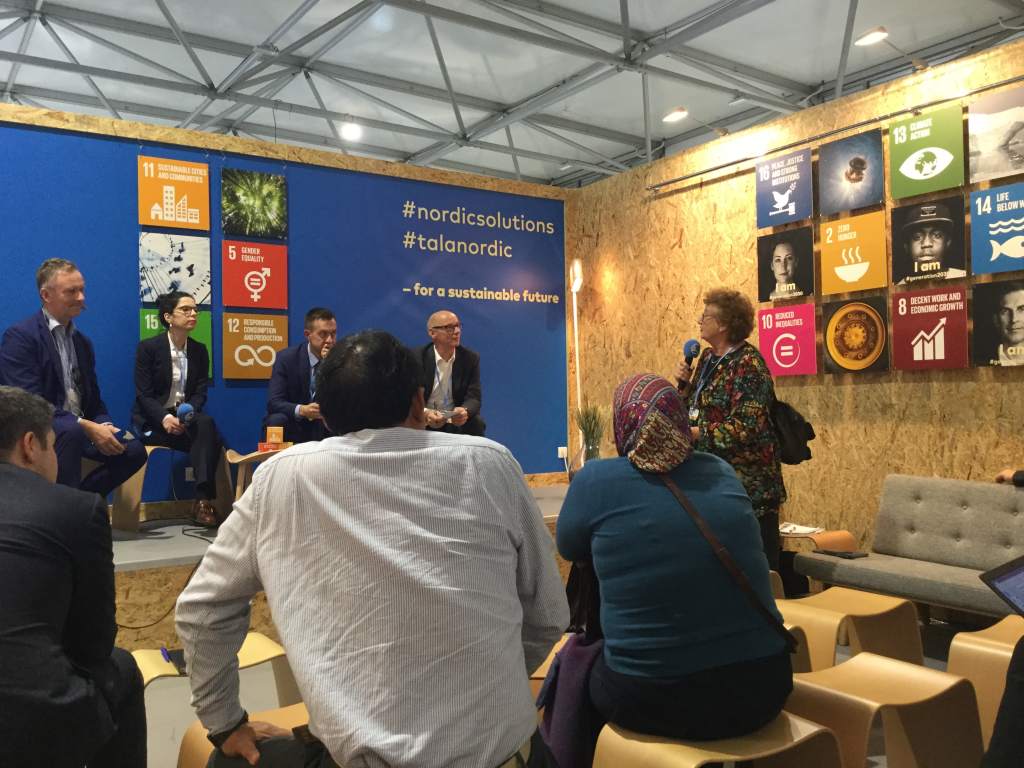 The President of AER was not the only representative from AER present at COP24, Eva Hallström from Värmland, Sweden, chairing the AER working group on energy and climate change was also in Katowice, Poland sharing good practices and attending negotiations.

The work goes on

With COP24 concluding last week, the delegates finally reached an agreement on how to implement the Paris Climate accord, walking away from Katowice with a rulebook that will ensure the world’s countries are doing what they claim to be doing when it comes to climate action.

However, this does not mean that we are done working. AER will remain an active partner in climate work and we invite all our member regions to cooperate with us on this important societal challenge. Closing this article with the words of AER president at COP24:

“No country, no region, is immune to effects of climate change and we must cooperate across borders, be it geographical and sectorial, in order to deliver and follow through on the commitments of the Paris agreement.”