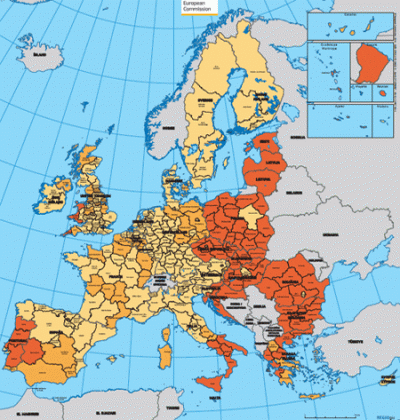 The Assembly of European Regions (AER) is closely following the ongoing European debates on cohesion policy, whose future is uncertain. Aiming at defending regions’ interests in this field and make their voices heard, AER has been and will continue to work intensively on this issue.

To begin with, on 28 September 2016, during the Summit of the Regions in Brussels, AER and its long-time partner Lower Austria (AT) organised an important event that gathered together high ranking European politicians and officials. More than 300 regions signed and sent to EU politicians, including Mrs Corina Creţu, EU Commissioner for Regional policy, a book asking for regions to be more involved in shaping cohesion policy.

Between 7 and 10 November 2016, the AER Committees met in Izmir for the Autumn Committees Plenaries. AER Committee 1 established a task force on cohesion policy post 2020, for which Mr Michiel Rijsberman (Flevoland-NL) will lead the work as Rapporteur. The task force will listen to the needs of the regions, inform them about the latest developments as well as find consensus among the regions and represent AER in the external fora.

We prepared a survey to collect our regions’ views on how cohesion policy should work. It is of crucial importance that all of our members take part in it. We will then create a common position based on your needs, which we will use to defend our shared interests within the European institutions. The deadline is 20 February 2017.

On 2 March 2017, a seminar on cohesion policy will be organised by the Committee of the Regions in Warsaw (PL), in which Mr Rijsberman will present the next steps to follow.

On 23 March 2017, the AER Committee 1 Plenary meeting will take place in London (UK). It will include a meeting of the task force on cohesion policy post 2020, chaired by Mr Rijsberman, and followed by the preparation of a report, to be presented on 3 June 2017, when Lower Austria will host the AER Bureau meeting on the future of cohesion policy. In this occasion, a political declaration will support the report, which will be finalised in the following months.

Another AER Committee 1 Plenary meeting and meeting of the task force on cohesion policy post 2020 will take place in Nancy (FR), in October 2017.

We hope to work with you soon on cohesion policy.

You can find a PDF version of the survey below: