You are here: Home / News / AER, a tool to further democracy in Europe 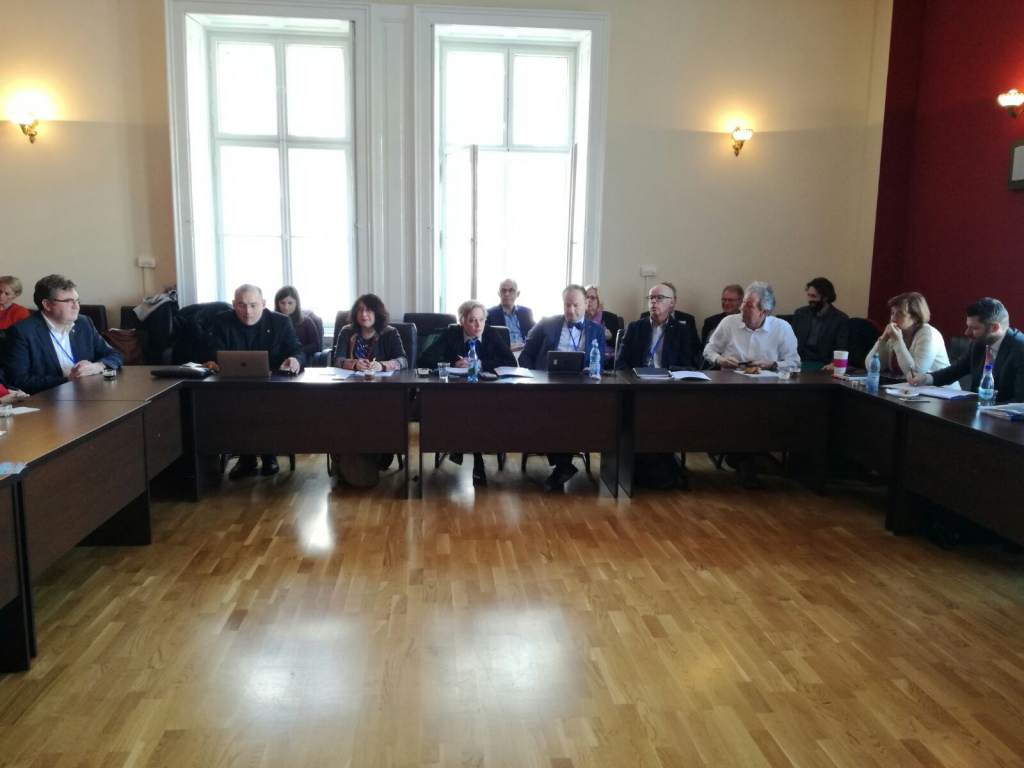 After describing her portfolio within AER, Ms Björby proposed a definition of what democracy is or rather what it is not : when you do not trust the police, the tax administration or your justice system, when there is little investment in culture, then there is a problem with your democracy. (Presentation here)

The European Union has been a great promoter of democracy in Europe and organisations like AER are as important, because they allow subnational leaders, in a space of trust, free of partisan divides, to exchange and learn from each others.

Magnus Berntsson (Västra Götaland, SE), AER President, stressed that AER has accompanied many regions and countries to the path to EU accession over the last 33 years. With 30% of non EU members, AER is still the network with the largest share of non EU members which gives it a duty to continue this democracy strengthening work.

Mihai Ritivoiu, President of the AER committee on social policy and public health, stressed how his own region (Timis, RO) works towards better protection of children, elderly and persons with disability. Massive investment in policies impacting these populations has helped improve their quality of life. Beside regional public policies, international cooperation has also helped Timis, for instance via a cooperation with the Swedish region of Västra Götaland on increasing the children dental care.

Gloria Vitaly (Oppland, NO), President of Youth Regional Network concluded the session by stressing how important it was to have youth involved in political life. Young people, especially young girls, are not represented enough in European political life. With further polarisation of political ideas, leading to a more divided Europe and a more violent political life, young people do not seem to find their place in the local, regional, national or European assemblies that determine their future.

AER plays its part by having young people contribute to its work via the Youth Regional Network which we strongly encourage you to join.